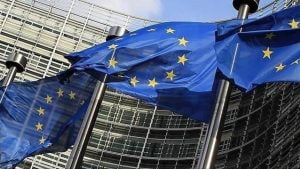 European Union energy ministers on Monday discussed how to respond to Russian supply cuts threatening to plunge the EU into an energy crisis.

EU Energy Commissioner, Kadri Simson, said as he arrived at the meeting in Luxembourg “we have already 12 member states impacted by the cut of gas by Gazprom, and we all know the situation is serious and the crisis might even worsen.”

Simson said the gas deliveries from Russia to the EU had fallen by half compared to the same period in 2021.

The country’s Economy Minister, Robert Habeck, while arriving at the meeting said Germany, which was suffering supply cuts, was counting on solidarity in dealing with the current gas crisis.

Habeck said, “if Germany is now trying to fill up its storage facilities, it is not only to supply Germany but to enable mutual support for neighbouring countries like the Czech Republic and Austria should the situation worsen in the months ahead.

“A supply crisis in one country leads to an economic crisis in another, we are committed and dependent on solidarity here.”

Habeck stressed that Germany’s current gas needs were met and storage facilities were filling up even though at a slower rate than previously.

Austrian Energy Minister, Leonore Gewessler, called for faster joint gas purchases as the landlocked country is struggling to find alternative gas supplies on its own.