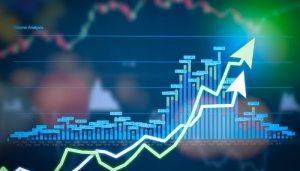 The primary drivers of the strong performance of the market were buying interests in the telecommunication company, MTNN and the gains in Tier-1 banks, Zenith Bank, ACCESSCORP as well as United Bank for Africa (UBA).

The market breadth closed positive as 32 stocks advanced against 13 stocks that declined.

Royal Exchange Insurance and Learn Africa inched by 9.47 per cent and 9.25 per cent to close at N1.04 and N1.89 per share respectively.

Conversely, ACADEMY declined by 9.60 per cent to lead the losers’ chart to close at N1.60 per share.

Mutual Benefit Assurance followed by 7.69 per cent to close at 24k per share.

Prestige Insurance fell by 4.44 per cent to close at 43k per share.

Meanwhile, the total volume of shares traded depreciated by 1.20 per cent with an exchange of 224.64 million shares compared with 154.12 million shares in 5,946 deals recorded on Friday.

Also the total value of trading posted stood at N3.82 billion in contrast with N1.75 billion on April 7. This represents 117 per cent increase.

Also, GTCO led the volume chart for the day as it traded 43.26 million shares worth N994.25 billion.

Bureau collaborates with mining cadastre on 14 code of conduct guidelines