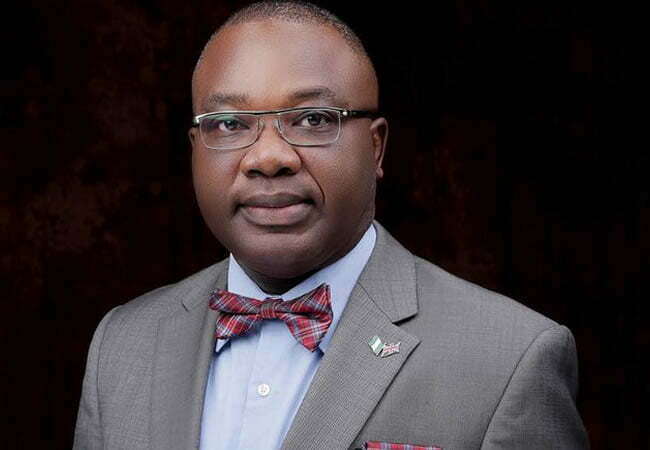 The Executive Secretary, National Human Rights Commission (NHRC), Mr Tony Ojukwu, SAN, on Tuesday said that the payment of compensation to the victims of Police violations is one step to the road of justice.

Ojukwu said this in Abuja at the presentation of the report of the independent investigative panel on human rights violations against SARS and other units of the Nigerian Police.

The panel investigated violations of human rights by the defunct Special Anti-Robbery Squad (SARS) and other police units.

The News Agency of Nigeria (NAN) reports also that the panel was set up by the Federal Government in November 2020 following the “ENDSARS Protest” which was triggered by nationwide allegations of Police brutality.

The 11-member panel was headed by retired justice, Suleiman Galadima.

” Out of these, the NHRC awarded compensation to 100 victims to ensure that justice is served to the petitioners.

” Today, we are finally closing a chapter in the work of the panel but opening a new one for the commission and all governmental institutions that will be charged with the implementation of the report.

” These include the office of the Attorney General of the Federation and Miniter of Justice, the Police Service Commission and the Nigerian Police,” he said.

According to Ojukwu, there is still the need to hold indicted officers of the Nigerian police accountable for these violations.

He added that, In that regard, the commission welcomed the decisions and indictments issued by the panel.

Ojukwu said the commission also welcomed the recommendations made by the panel on Police Reforms to ensure effective and human right centered policing.

” I want to ensure Nigerians and victims and their families that the commission will do everything possible to ensure that the decisions are implemented.

” The commission is also pleased that the panel has made far reaching recommendations on other spheres of justice delivery and human rights enforcement including the payment of judgment awards.

” Also, police relationship with legal representatives of victims and institutional reforms in medical institutions for compliance with the release of the compulsory treatment of gunshots wounds and release of corpses amongst other reforms” he said.

Speaking earlier, Justice Galadima, thanked everyone who in one way or the other helped in making the panel’s work a success.

” We are here to submit the final report of the panel after almost two years.

” We pray that the government will implement the recommendations.

” The commission should harmonise these various reports of all the panel and urgently submit same to the Federal Government for quick action.

” We can not forget to appreciate our police and civil defence team who ensured the safety and security of the panel through out the seasons” he said.

Giving the report on the fact sheet, the secretary to the panel, Mr Hiliary Ogbonna said according to geo-political zones, the North Central reported 60 per cent of the petitions received.

” The panel fully decided on 95 petitions, 54 were withdrawn, 33 struck out, 57 referred to NHRC 56 were judgment debt petitions, totalling 295 petitions received.

” Police personnel recommended for prosecution are 28, for dismissal, 25 , for disciplinary actions, 15 and 4 for reduction in rank, totalling 72 indictments on police personnel.