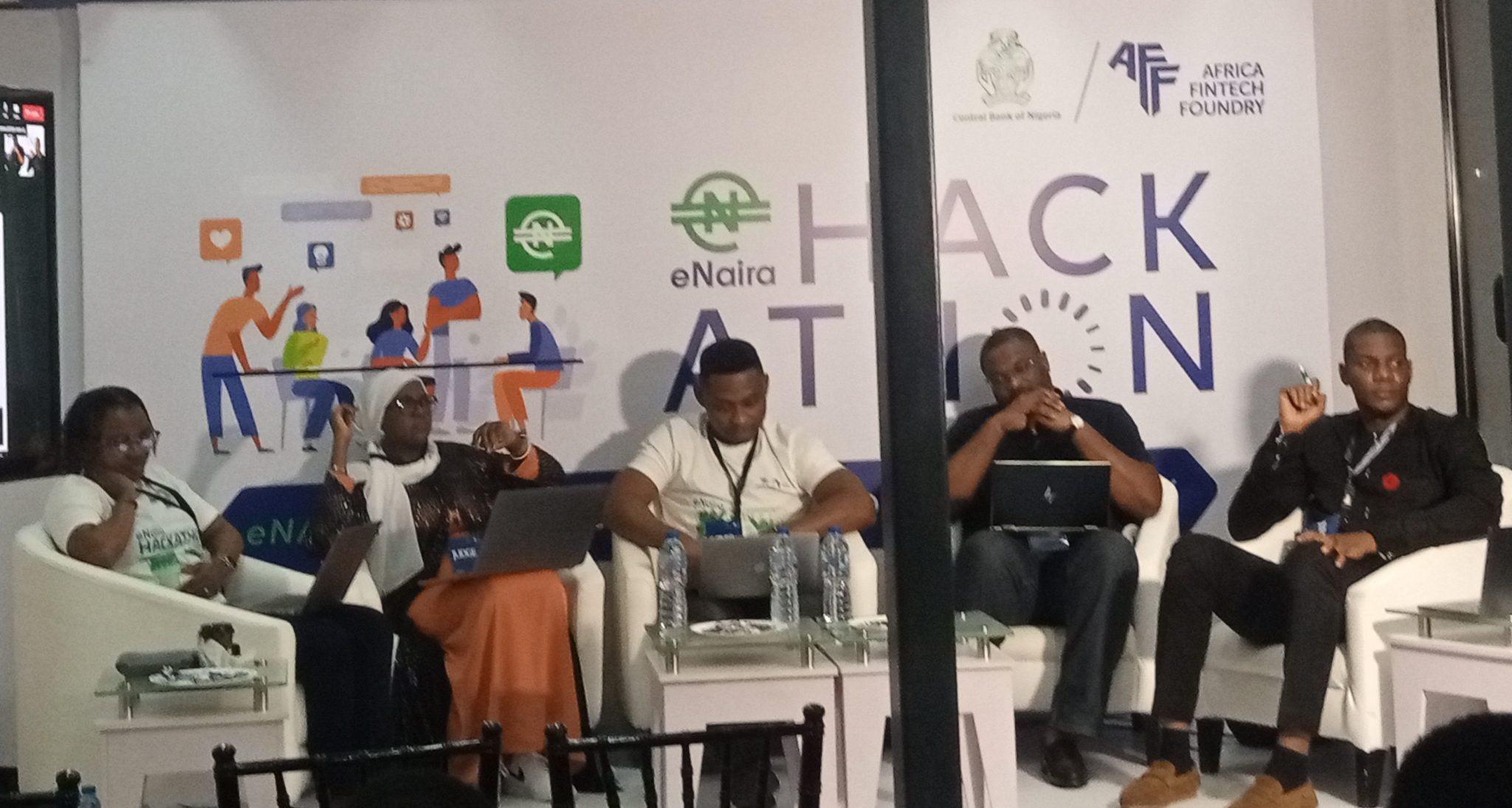 The Africa Fintech Foundry (AFF) says it is collaborating with the Central Bank of Nigeria (CBN) to support 10 startups, to increase the adoption of eNaira in the country.

The Head of AFF, Mr Daniel Awe, said this in an interview with the News Agency of Nigeria (NAN) on Saturday in Lagos.

He spoke on the sideline of the Semi-Final Pitching of the eNaira Hackathon 2022.

Awe said that the top 10 startups, innovators, entrepreneurs, were part of the over 5,000 startups that registered for the eNaira Hackathon.

He said that there was the need to increase the adoption of eNaira in the country, as it enhanced financial inclusion, supported digital economy and improved economic activities.

”eNaira was introduced by CBN in 2021 as a digital currency and a lot of people have asked the question, what is actually the usefulness of this eNaira?

”A lot of people have also criticised eNaira, that they prefer cryptocurrency, but the truth is that eNaira is going to be a successful product when there are use cases, when people are able to see problems it is going to be solving,” he said.

Awe said that AFF and CBN were collaborating on the hackathon in order to increase the adoption of eNaira.

”So the hackathon is a platform where innovators, developers, entrepreneurs, coders come together, to solve problems, to create innovative ideas.

”When we layer that on eNaira, it means we brought in different players within the ecosystem – developers, coders, innovators, entrepreneurs, to come up with different ideas, different use cases, that they can leverage on eNaira,

”This is so that the consumers of eNaira will now see the benefit of eNaira, they will have the opportunity to see the problem that eNaira will solve,” he said.

Awe said that CBN’s role was just to create the platform for fintech startups and entrepreneurs the ecosystem to leverage to create solutions that would benefit the entire financial services space.

He said about 5,000 players within the fintech ecosystem applied for the hackathon.

Awe said that they were reduced to about 175 teams and eventually 70 for the quarter final pitching.

He said that the semi-final would see 20 teams being selected for the finals, of which the top 10 would be assisted to boost eNaira adoption in the country.

”Now, this top 10 potential businesses when they come out of the final of the hackathon, there is a cash prize for them.

”Afterwards, those top 10 will resume in the AFF accelerator programme, whereby some of them will get some funding to start up their businesses on their ideas,” he said.

Awe said that they would be guided by CBN and AFF.

He said that by the time they come up with good business with their innovations, employment would be created and they would increase the adoption of eNaira.

Awe said that there was possibility of wealth that would be created by these people.