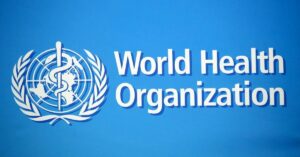 The World Health Organisation (WHO) on Thursday reconvened the Monkeypox Emergency Committee to assess the public health implications of the evolving multi-country outbreak, as global cases passed 14,000, with six countries reporting their first cases last week.

The committee first met in June but decided against declaring it a public health emergency of international concern.

WHO Director General, Tedros Ghebreyesus acknowledged his awareness that any decision regarding the possible determination involved the consideration of many factors, with the ultimate goal of protecting public health.

“The committee has already helped delineate the dynamics of this outbreak,” he said in his opening remarks to committee members and advisors.

“As the outbreak develops, it’s important to assess the effectiveness of public health interventions in different settings, to better understand what works, and what doesn’t.”

Monkeypox, a rare viral disease, occurs primarily in tropical rainforest areas of Central and West Africa, though it has been exported to other regions.

Moret han 14,000 cases had been reported across 71 member states from all six WHO regions.

While the trend in some countries has declined, others are increasing. Some, with less access to diagnostics and vaccines, make the outbreak harder to track and stem.

Ghebreyesus revealed that six countries reported their first cases last week and that the vast majority continued to be among men who had sex with men.

“This transmission pattern represents both an opportunity to implement targeted public health interventions, and a challenge because in some countries, the communities affected face life-threatening discrimination,” he said.

He warned of “a very real concern” that men who have sex with men could be “stigmatised or blamed…making the outbreak much harder to track, and to stop”.

One of the most powerful tools against monkeypox is information, the WHO chief affirmed.

“The more information people at risk of Monkeypox have, the more they are able to protect themselves. Unfortunately, the information shared with WHO by countries in West and Central Africa is still very scant.

“The inability to characterise the epidemiological situation in those regions represents a substantial challenge to designing interventions which can control the historically neglected disease,’’ he said.

The UN health agency is working closely with affected communities in all its regions and as the outbreak evolves, has called for increased, “targeted and focused” access to all counter measures for the most affected populations.

Meanwhile, it is validating, procuring and shipping tests to multiple countries and continues to provide support for expanded access to effective diagnostics.

The committee will discuss the latest evidence and conditions through Thursday, and announce its decision in the coming days.