The group said it would file a suit against NERC if the energy sector regulator failed to repeal the SRT after a period of 30 days. 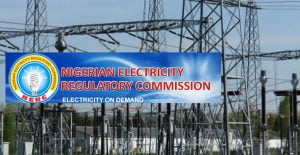 The group said it would file a suit against NERC if the energy sector regulator failed to repeal the SRT after a period of 30 days.

It made this known in a letter addressed to NERC, which was signed by its National Coordinator, Mr Adeola Samuel-Ilori.

A copy of the letter dated May 27 was obtained by the News Agency of Nigeria (NAN) on Monday in Lagos.

Samuel-Ilori said the approval of the SRT for DisCos in September 2020 was opposed by electricity consumer groups and ordinary Nigerians for several reasons.

He said the provisions of Section 7b (2 ) (b ) 76 (7) of the Electric Power Sector Reforms Act of 2005 was not followed as the DisCos did not meet the criteria for the implementation of the SRT.

According to him, the SRT has become an attempt to reintroduce estimated billing from the backdoor contrary to Capping Order 197/2020 of NERC.

“It is now obvious that the introduction of SBT is nothing but direct license given to DisCos to brazenly rob consumers without respite.

“Your categorisation of consumers into bands gives them opportunity to fleece consumers of their hard-earned money with reckless abandon,” he said.

Samuel-Ilori said for instance, consumers using prepaid meters would load under the Band A Category at N53.60 per kilowatt expecting to receive 20 to 24 hours power supply.

He said unfortunately, they only received lesser supply with no refund in the next charge, which amounted to cheating by the DisCos.

Samuel-Ilori said: “We discovered that your directive on the service-based tariff makes no provision for such respite and if any, none of the discos as usual obeyed your directives.

“Even consumers under Band D and E whose tariff remained frozen and to be billed with capping order 197/2020 are being charged with consumption of 800-1000 with per month unit price of Band C.”

He said in view of the several complaints by consumers, NERC should immediately direct the 11 DisCos to stop the implementation of the SRT.

“A new tariff approval process that will bring acceptable pocket friendly tariff to the consumers should be embarked on, as we know the current generated megawatts can’t accommodate SRT.

“We also demand that all consumers cheated so far in the fraudulent implementation of  the SRT be refunded the discrepancy in tariff paid and what was supplied.

“We request that pending when the new process of tariff is completed, Discos should reverse to capping methodc197/2020, which prohibit estimated billing as being repealed.

“Failure to meet these demands in 30 days of receiving this letter, our legal department  is already briefed to proceed to a court of competent jurisdiction to get judgment to reverse the ignoble SRT,” said Samuel-Ilori.

NAN reports that under the SRT, the tariff classification is based on quality of service and, therefore, divided into 5 Bands (A to E).

This is measured by the average availability of power supply over a month, interruptions (frequency and duration), voltage levels and other service parameters.

With the revised tariff regime, Non-MD customers in Band A, with a minimum of 20 hours daily are expected to pay N51.22/Kwh.

Customers in Bands D and E, with minimum of eight hours and four hours per day, respectively, were not impacted by the tariff revision.

However, the DisCos had failed to keep to their end of the bargain to provide steady power supply to customers following the frequent collapse of the National Grid, low power generation and vandalism of electrical installations.