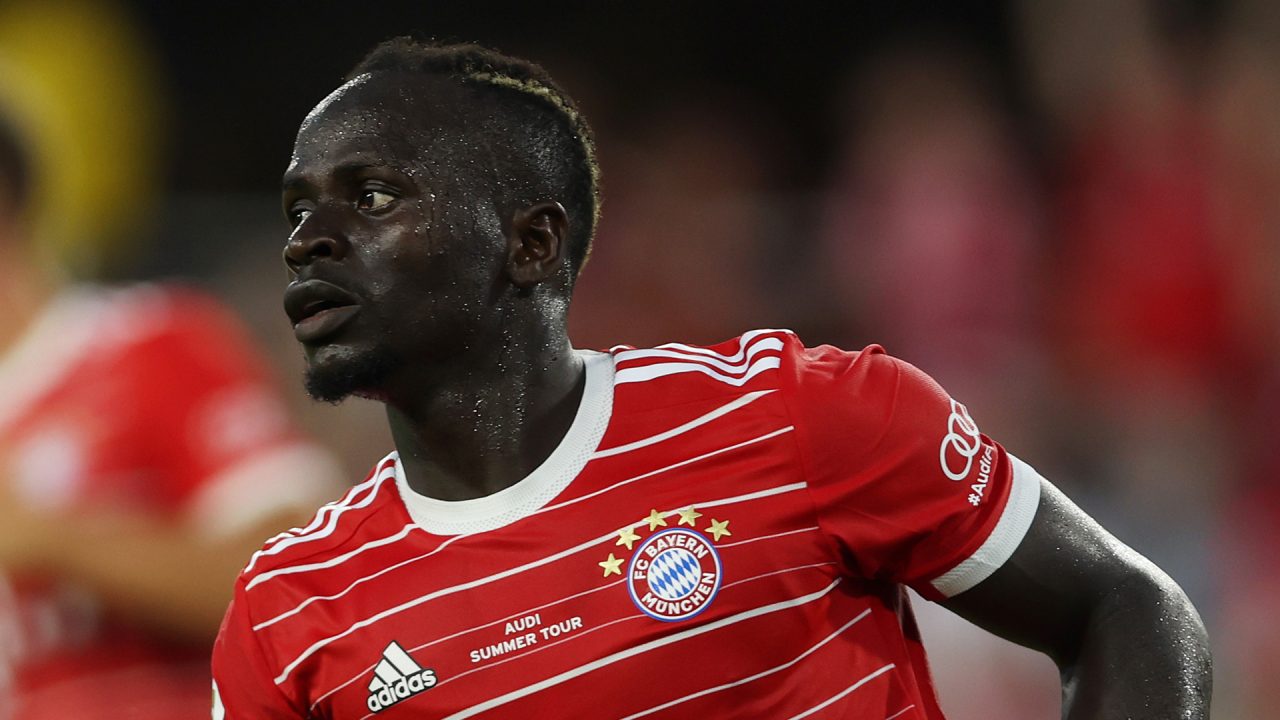 Sadio Mane has yet to kick a ball in the Bundesliga and already the former Liverpool striker is facing jibes —– including a tongue-in-cheek volley from Bayern Munich’s opening-day opponents.

Eintracht Frankfurt president Peter Fischer is relishing Friday’s tussle between his team, who lifted the Europa League trophy in May, and German champions Bayern Munich.

There is a feelgood factor around Eintracht Frankfurt as the new season arrives, with a UEFA Super Cup clash against Real Madrid coming up next Wednesday.

Confidence is surging, and even the prospect of facing Bayern Munich is not intimidating the team that trailed in 11th in last season’s Bundesliga.

Bayern Munich have lost Robert Lewandowski since he hit 50 goals last season, and few would expect new addition Sadio Mane to come close to that tally.

Not many would see it wise to be hurling insults his way, though, however light-hearted the intention.

Fischer added: “By the way, we always did relatively well with Robert Lewandowski.”

That is debatable, given that Lewandowski scored 15 goals in 18 appearances against Eintracht Frankfurt, prior to his close-season switch to FC Barcelona.

Fischer predicted there would be “an exciting mood in the stadium” as Eintracht Frankfurt host the 10-in-a-row champions.

“And of course we have a chance. If it ends in a draw, I won’t start to cry either.”

Eintracht Frankfurt head coach Oliver Glasner worked with Mane when the Senegalese forward moved from Metz to Salzburg in 2012.

He has since admired the 30-year-old from afar, particularly during his stellar six-year Liverpool career.

“I am happy that Sadio is in the Bundesliga now,” Glasner told a news conference.

“It’s been 10 years since I got to know him. He was just a young boy that was relegated from the French second to third division. He only spoke French but had enormous talent.

“He was very ambitious and had a clear idea. When we talked about learning German, he said he wants to learn English because he wants to go to the Premier League.

“I am very happy for him. And for Bayern Munich to sign a player from Liverpool is evidence of the attractiveness of the Bundesliga which they were afraid of losing.”

Glasner said his team would not be “raising the white flag” of surrender against Bayern Munich.

He said they would “do everything we can” to score the upset win, even if he sees Bayern Munich as champions-in-waiting once again.

After Bayern Munich comes the Real Madrid game for Eintracht Frankfurt in Helsinki.

“Quite a cool start. Nevertheless, I think that over the course of the Bundesliga season, Bayern Munich will have the edge again.”

01/02/2023 0
The Board of Directors of the African Development Bank (AfDB) Group, has approved a dual-currency Trade Finance Line of Credit (LoC) for ECOWAS Bank...

The National Senior Citizens Centre (NSCC), on Tuesday in...

The Federal High Court Abuja on Tuesday struck out...