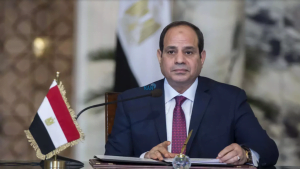 Egypt has re-energised its economic and political engagements with sub-Saharan Africa as the North African nation positions itself as Africa’s new economic power house.

It is followed closely by Nigeria with GDP of 1.14 trillion, dollars which occupied the top spot previously and South Africa, which currently has GDP of 861.93 billion dollars, according to World Bank records.

With its new economic status in the continent, Egypt is pushing a new engagement with sub-Saharan Africa with the invitation of 27 top journalists from 22 countries on a guided tour of the North African country.

A News Agency of Nigeria (NAN) correspondent on the team reports that the tour included visits to major establishments in Egypt, including the country’s police and military institutions.

At the Nasser Higher Military Academy in Cairo, chieftains at the institution spoke of ambitious programmes lined up by the Egyptian Government to boost relations with countries in sub-Saharan Africa.

One of the speakers, Dr Awani el Taweel, Director of African Programme at the El Ahram Centre, said that Egypt is re-shaping its diplomacy in favour of Africa.

She said that Egypt’s current trade volume with Africa had risen from four per cent in 2014 to eight per cent at present.

He said that Egypt had rolled out a comprehensive military plan to deal with terrorism in the continent, dating back to 2013.

According to him, Egypt is the seventh largest contributor to UN Missions in Africa, stressing the determination of the North African country to continue to foster peace in the continent.

The officials, who spoke through interpreters, disclosed that Egypt had been giving 1,700 scholarships annually to students from African countries to study in Egyptian universities.