“What the CBN needs to do in the short and medium terms is to adjust the official rate close to the black market rate and thus narrow the distortion between the rates. 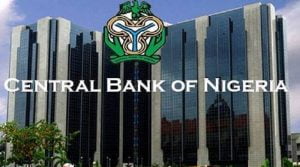 Some economists on Tuesday urged the Central Bank of Nigeria (CBN) to address inadequate foreign exchange supply to close the widening gap between the official and parallel market rates.

The experts spoke in separate interviews with the News Agency of Nigeria (NAN) in Lagos.

Akpan Ekpo, a professor of Economics and Public Policy, Department of Economics, University of Uyo, Akwa Ibom, advised the apex bank to adjust the official rate close to the parallel market rate.

“What the CBN needs to do in the short and medium terms is to adjust the official rate close to the black market rate and thus narrow the distortion between the rates.

“In the long-term, the economy must produce/manufacture and export non-oil goods and services and earn foreign exchange for the economy.

“The economy can also add value to some goods and export the same rather than mere packaging, assembling and bottling for local consumption,” he said.

NAN reports that a managed float exchange rate is allows the CBN to intervene regularly in the foreign exchange market to change the direction of Naira’s float and/or reduce the amount of currency volatility.

The economist urged CBN to watch/monitor the market and know when to make adjustments to narrow the gap.

He noted that even if the gap was closed through devaluation or a market determined approach, a gap would still exist.

Furthermore, Ekpo said most of the foreign exchange went for importing refined petroleum products, urging the federal government to ensure that the refineries were working to save substantial foreign exchange.

Besides, the economist advised the federal government to discourage consumption of imported goods and services by Nigerians through taxation, and also stop round tripping.

Ndubisi Nwokoma, Director, Centre for Economic Policy Analysis and Research, University of Lagos, Akoka, said, “addressing the widening gap between the official and parallel foreign exchange markets would require a more efficient management of the FX market – on both the supply and demand sides.

“The multiplicity of exchange rates in the market creates room for arbitrage and thus encourages round tripping.

“Political interference in the allocation of FX to politically connected persons who then sell to end-users helps to sustain the gap in the two markets.

“But we have problems with reserve. So, we have to restrict some imports and encourage exports,” he said.

The Investors and Exporters window is the officially recognised window for foreign exchange.