E-BusInessLife urges govt to support Girls in ICT through scholarships 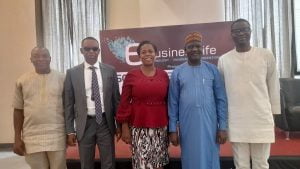 The Chief Executive Officer, E-BusInessLife, Mrs Ufoma Emuophedaro has urged government at all levels to support Girls in ICT  through scholarships.

Emuophedaro made the appeal on Sunday in Lagos at the Girls in ICT Day, organised by E-BusInessLife for students in senior secondary schools.

She said that aside from the Nigeria Communication Commission (NCC) that had been supportive, most government agencies had not shown interest.

According to her, in other countries, such programmes were organised by the government.

”It would be nice to get support from the ministries and agencies.

”The girls need to do more, they need funds and sponsorship through which our government can come in,” she said.

Emuophedaro, while commenting on the next decade of the ‘Girls in ICT Day,’ said that plans were underway to engage the girls in the production of gadgets..

The News Agency of Nigeria (NAN) reports that Girls in ICT Day is an annual events, which had been on in the last 10th years’.