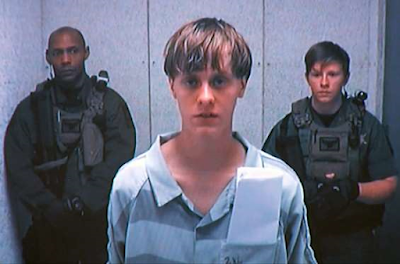 Dylann Roof was found guilty and convicted on Thursday in the chilling slaughter of nine black church members who had welcomed him to their Bible study. The same federal jury that found Roof guilty of all 33 counts will reconvene next month to hear more testimony and weigh whether to sentence him to death or a life sentence.
Nine people were killed on that day on June 17, 2015. Three people survived the shooting.

One survivor, Felicia Sanders, wouldn’t say if she wanted Roof put to death, but said he was a coward because he refused to look at her as she testified.

Family members of victims held hands and squeezed one another’s arms when the vrerdcit was read but Dylann just stared ahead without emotion.

One woman nodded her head every time the clerk said “guilty.”

Roof, 22, told FBI agents he wanted to bring back segregation or perhaps start a race war with the slayings. Instead, the single biggest change to emerge from the June 17, 2015, killings was the removal of the Confederate flag from the South Carolina Statehouse, where it had flown for 50 years over the Capitol or on the grounds. Roof appeared with the flag in several photos in a racist manifesto.

In Roof’s confession to the FBI, the gunman said he carried out the killings after researching “black on white crime” on the internet. He said he chose a church because that setting posed little danger to him.