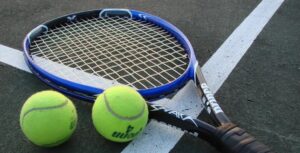 Dutch tennis coach Max Wenders has been banned from the sport for 12 years after admitting multiple match-fixing charges.

He must also pay a fine of 12,000 dollars, the International Tennis Integrity Agency (ITIA) announced on Wednesday.

“But he admitted to failing to report a corrupt approach.”

The ITIA did not disclose when and where any incidents occurred or which players were affected.

Wenders had worked with several players as a coach on the women’s WTA Tour.