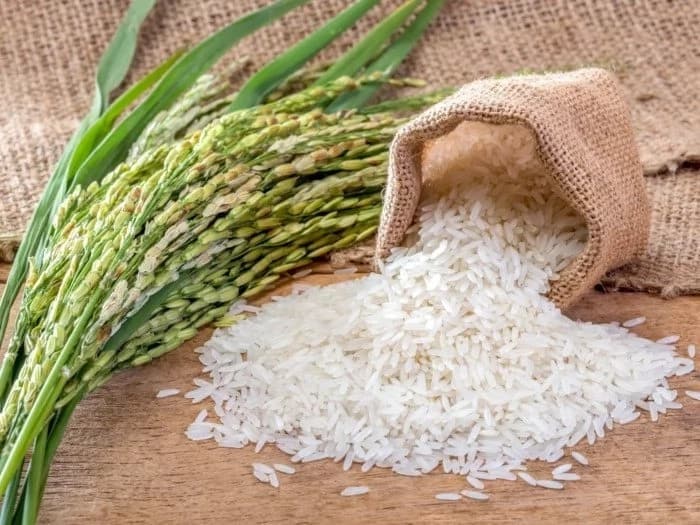 As part of the efforts to exponentially increase rice production in Nigeria and save the country’s scarce forex reserves, the Central Bank of Nigeria (CBN) with the Rice Farmers Association of Nigeria (RIFAN) has inaugurated rice input distribution to farmers, starting in Gombe State.

The inputs are for the 2021/2022 dry season farming, according to a report by the News Agency of Nigeria (NAN).

The ceremony, under the CBN’s Anchor Borrowers Programme (ABP), was inaugurated at Dadin-Kowa in Yamaltu/Deba Local Government Area of Gombe on Saturday.

Head, CBN Development and Finance Office, Abdullahi Baba-Isa, said the programme was to officially launch the ABP for women in the state.

Baba-Isa added that women had been part of the programme and had done well so far, cultivating over 100 hectares in the state in the last rainy season.

The support, he added, was to encourage women to do more in the efforts to ensure food security, poverty alleviation and employment creation.

He added that the Federal Government’s intervention in dry seasoning farming would boost youth employment, food security and the income of rice farmers.

He said the impact of all-year-round farming was helping to take youths off the street and contributing to the economic diversification agenda of the government, and commended the government, CBN and RIFAN for their support.

Bello added that Gombe would consolidate on the 140,144 metric tonnes it contributed to the rice pyramid showcased in Abuja.

Bikaji said rain-fed agriculture was grossly inadequate for the food security efforts considering the growing population of the country, hence, the need to harness the irrigation potential to boost food availability.

He explained that with the direction, the Federal Government had taken through irrigation farming, the plan to feed the country and export rice and other food grains would become a reality.

According to him, the fringes of Dadin-Kowa Dam were being used for irrigation and the downstream farmers up to Adamawa were actively involved in irrigation farming.

“What we have now in the reservoir is over 2.8 billion cubic metre of water and it is enough for farmers and no farmer should be afraid of shortage of water,” he said.

The leader of women in rice farming, Gombe State, Bathsheba Kalla, said the move by the Federal Government to empower women in agriculture would impact positively on poverty reduction.

Kalla said over 8, 000 women farmers were into rice cultivation in the state and over 1, 000 would be assisted through the intervention of the government.

A beneficiary of the programme, Hajia Nafisa Ibrahim, said lack of funds had made women to jettison farming, but that over 80 per cent of women were now participating.

Ibrahim said the effort of the CBN was empowering widows, women and youths as well as reducing hardship amongst rural women.

The beneficiary added that with the intervention, she cultivated over 50 hectares during the wet season, saying, “with that, I am able to help my household and contribute meaningfully to my community.”

NAN reports that other beneficiaries commended the CBN and RIFAN for empowering them to cultivate rice during this year’s dry season farming.

Inputs given to some of the farmers included bags of fertiliser, rice seedlings, pesticides, sprayers, pumps and hose pipe.