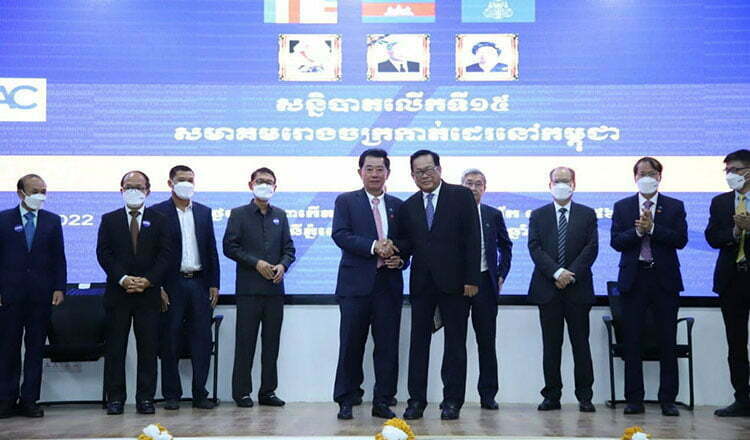 The Garment Manufacturers Association in Cambodia (GMAC) on Wednesday expressed concern over decline in purchase orders from Western countries for the second half of 2022.

GMAC Secretary-General Ken Loo said the unstable global situation and the likeliness of an economic downturn mainly in Western countries have raised serious concern over the export situation for the second half of the year.

“Many members have informed the GMAC of the reduced /revised order situation and some have sought legal advice from GMAC legal team on the procedure for a possible partial production suspension,’’ he said.

“The GMAC is conducting an extensive survey among all members to analyse the order situation more accurately,’’ he added.

Amid this serious concern, Cambodia was going through a huge jump in labour-related costs after the government announced the implementation of pension fund contribution and annual minimum wage revision to take effect in January.

“This double cost increase is serious enough to be worried, not to mention other issues like higher logistics cost and higher cost of compliance which is increasing every year due to buyers’ demand,’’ Loo said.

Looking forward, he suggested that Cambodia needed to be proactive and cautious about things that would put more cost pressure on the companies.

The garment, footwear and travel goods industry is the largest foreign exchange earner for Cambodia.

The sector consisted of roughly 1,100 factories and branches, employing approximately 750,000 workers, that are mostly female.

According to the General Department of Customs and Excise, the Southeast Asian nation exported products totally worth 6.6 billion U.S. dollars during the first half of this year.

That figure was up 40 per cent from 4.72 billion dollars over the same period last year.