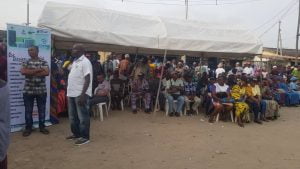 Elliot (APC-Surulere 1) disclosed this during the Mega Empowerment Programme he organised for Surulere residents on Thursday in Lagos.

The News Agency of Nigeria (NAN) recalls that 250 residents of Surulere had in October 2021,  benefitted from the free health insurance programme by Elliot.

Elliot, the Chairman of the House Committee on Ministry/Parastatals, said he had also included 100 youths in the Surulere community to benefit from the programme.

The lawmaker said the programme was mainly targeted at the aged, widows, less privileged and community members, who could not  afford to pay for their health services. 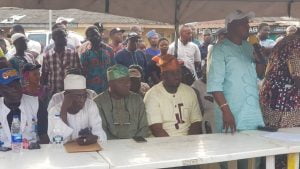 “So our health insurance programme now covers treatment of ailments such as arthritis, drugs for high blood pressure, rheumatism that usually affected the elderly people.

“Hence, we are having additional 400 elderly people which are now added to  the ones we had in 2021 and we also included 100 youths into the programme.

“In all, 500 residents in my constituency have been added to the 250 people that benefitted from this scheme in October,” he said.

On the mode of selection, the lawmaker said it was open to any resident in Surulere, irrespective of the tribe, religion or party affiliation.

He said Toptee Medical Centre had been designated to provide health services for the new 500 residents.

Elliot also announced five LAGRIDE buses, which would be presented to the unemployed youths in the five wards out of the nine wards in his constituency.

According to him, We have nine wards in my constituency but we are starting with five and we will give the other four wards in the next batch.

He said basically, he was trying to ensure his constituents benefited from the state.

Elliot explained that he had paid off the first initial deposits and all other arrears to enable the beneficiaries of the bus to  operate.

The lawmaker said he also partnered with EcoBank to give out 200 Point of Sales (POS) machine to small scale business operators to empower them financially.

He said: “Our first scheme is to make sure 200 community members are given POS machines and they will be given N20,000 as startup capital to operate the device.

“I am very passionate about making sure that everybody in my constituency benefit from all these programmes we have put in place for them.

“We are not doing these laudable programmes to solicit for their votes, for us, we are empowering them because they are things we should do as their representatives.

“We are here to represent the people and you can see the level of acceptance and it happened because the Speaker, House of Representatives, Mr Femi Gbajabiamila has done amazing lots.”

Oludayo said the clinic would provide health talk every Tuesday for the elderly people in the constituency while free drugs would be administered to them every two weeks.

She noted that they would be given an ID card for proper identification, adding that the hospital address was at 40 Ogunlana Drive, Surulere, Lagos.

Also, the Executive Chairman, Surulere local government area, Mr Bamidele Yusuf, described Eliot as a good listener, who had the feelings of his people at heart.

“We thank God for persons like him in Surulere, and I pray that God will continue to bless us all. I want you to appreciate him for this laudable project,” he said.

Editor’s Picks  Obasanjo Endorses Obi for President, urges youths to "get up..."

Odumosu said no matter how meager it might seem, if the people had someone to support their health bills, it would  go a long way.