“The N25 billion is a CBN loan to assist farmers in the state to increase their yields, particularly in the area of oil palm production in the state. 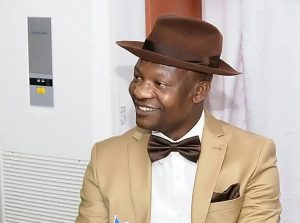 Delta State Commissioner for Information, Mr Charles Aniagwu, has said that the state government has guaranteed the N25 billion Central Bank of Nigeria (CBN) agric loan in the interest of the famers.

The Commissioner in company of the Chief Press Secretary to the Governor, Mr Olisa Ifeajika, said this at a news conference on Monday in Asaba.

“The N25 billion is a CBN loan to assist farmers in the state to increase their yields, particularly in the area of oil palm production in the state.

“It is normal that the state government guarantees the loan as it is done in other climes to ensure that those profiled for the loan get it and also that they have capacity to payback.

“We keyed into the loan facility to enable our farmers access the single digit (less than 10) interest rate for the profiled farmers.

“The agric loan is domiciled in the state Ministry of Agriculture which profiled the farmers and individuals to benefit have been profiled before now and with this, we are empowering our people,” Aniagwu said.

He also reiterated that the state government was yet to access the N150 billion bridging finance it sought approval from the state House of Assembly.

Adigwu added that the Gov. Okowa led administration would continue to work till the last day in office to deliver development to the people of the state.

On the political scene, Aniagwu said that he was sure that all the PDP stakeholders would work assiduously to ensure the party’s victory come the 2023 general election.

He said the emergence of Gov. Ifeanyi Okowa as the Peoples Democratic Party (PDP) Vice Presidential candidate, was divine.

Aniagwu charged those criticising Okowa’s elevation to have a rethink, adding that he never betrayed anybody but was chosen because of his performance and determination to bring development to the county.

He said though, it was natural in politics for certain persons to be annoyed when they could not get certain positions, efforts were on to reconcile the aggrieved persons in the party.

According to him, Atiku Abubarkar and Okowa ticket, as PDP Presidential and Vice Presidential candidates is for recovery to restore our country.

“They will address issues on insecurity, fix the economy and create enabling environment for growth and development and industrialisation.

“As PDP, what are we asking for, is it where the president or the vice president come from but that security, economy and the country fixed?

“We want to bring back the old good days where you are comfortable anywhere in the country as brothers and sisters without fear.