“All he wanted was to push his way through but we say that is not how we work. “Since that time, he went on the offensive believing that he could blackmail us into doing his bidding" 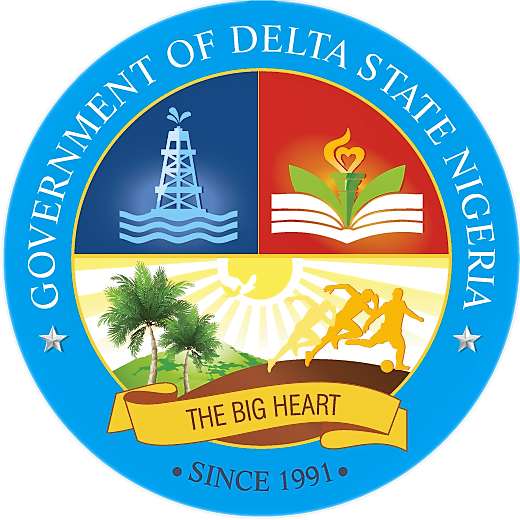 The Delta Government says it will not succumb to any blackmail to pay N80 million for a TV programme allegedly proposed by Mr Felix Akugha, presenter of AIT Inside Niger Delta programme

The State Commissioner for Information, Mr Charles Aniagwu, said this while briefing newsmen on Tuesday, in Asaba on alleged attacks on the Gov. Ifeanyi Okowa led government by the Port Harcourt based AIT presenter, Akugha.

Aniagwu, who made available the copy of the proposal duly signed by Akugha, to newsmen, said the essence was to make everything clear to the public.

The commissioner noted that the essence of the briefing was to educate the general public on why Akugha had chosen the part of blackmail instead of speaking facts about Delta government.

“Akugha, the Anchor of Inside Niger Delta, an AIT programme in Port Harcourt, for sometime, we have been quiet because we did not want to expose the reason why he had gone offensive for a very long time.

” Long before now, Akugha had approached us and he brought a proposal to that effect, that we should be paying him N80 million annually to project what we are doing in the state.

“He had approached us verbally, but in September 2021, he brought this proposal and we said that apart from the fact that the amount was on the high side, the numbers of the things you want to do, we are already handling.

“Besides that, he listed the number of media outfits to be deployed but did not include our local broadcasting stations in the state,” Aniagwu said.

The commissioner added, “we, however, advised him to progress but take a second look at the cost he was presenting and to also incorporate our local media outfits in Warri and Asaba.

“All he wanted was to push his way through but we say that is not how we work.

“Since that time, he went on the offensive believing that he could blackmail us into doing his bidding”

“He called the programme, ” Inside Niger Delta” but what he ended up doing is inside the politics of Delta State.

“So, for every edition of the programme, he looks for his co -travellers to attack whatever we are doing even though he progresses in error”.

According to Aniagwu, even when government has explained what it wanted to do with the N150 billion bridging finance, Akugha went about castigating the intent of government.

“Akugha claimed that we have abandoned the ongoing Asaba-Ughelli dualization project (Federal Government Road) that efforts are on by the Gov. Ifeanyi Okowa led government to complete.

“Beyond that, when we announced that we are going to build an International Conference Centre, he queried why we needed to give advance payment to mobilise the contractor.

“But I did explain to him on the need for the advance payment, particularly when speed is of essence and given the spiral inflation but rather than agreeing, Akugha went on a voyage of destruction.

“Even in his edition of Monday, given the rising profile of Gov. Okowa largely due to his performance and achievements, Akugha and his co- travellers painted a picture that is at variance with the reality, saying that nothing is happening in Delta.

“But we want to make it clear that the number of attacks from Felix Akugha, will not make us to engage him or pay him the N80 million he is demanding.

“If he wants to do business that is legitimate, we don’t have problems with that but he can’t force our hands to pay him”.

Also Speaking, Mr Olisa Ifeajika, Chief Press Secretary to the Governor, added that Gov. Okowa had all it takes to be the president of Nigeria.

According to him, Okowa is more national than most persons who had occupied the Vice Presidents positions in the country.

“Okowa has a remarkable credential that made the All Progressive Congress (APC) engage him on several occasions, particularly during the fight against the Coronavirus (COVID-19)

” It is wrong for anyone to hide under the guise of journalism to make defamatory statement about the state government,” he said.

In his reaction, Akugha told NAN in a telephone interview that he was never a politician nor belong to any political party.

Akugha, however, noted that what sparked off the recent issues with the Delta government was his Monday presentation on Arise television where one of the participating lawyers made comment about the governor and that he should not be considered for the vice president position.

According to him, the report was balanced as the Chief Press Secretary to the governor also reacted in the same programme.

As regards the N80 million proposal, he admitted but said he played no major role in generating the proposal and the figure therein.

He, however, alleged that the proposal was raised by his head of marketing and a wife of the governor’s aide.

“I never went to them with the proposal and I never followed it up because I was not interested,” he said.

“On the Ughelli -Asaba dualization, I tried to balance my report and I said that  Ughalli-Asaba road which has be on going for 14 years now that the state government should complete the project with the proposed N150 billion loan.