Tambuwal said such declaration would allow operatives to work without concerns about rights violations as the bandits were enemies of humanity. 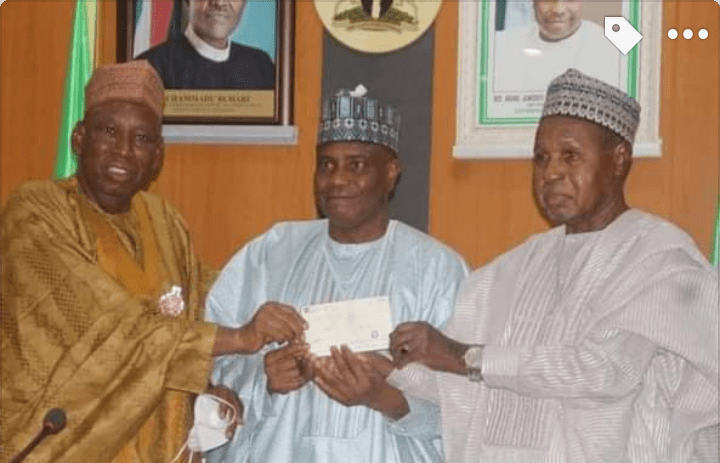 Gov. Aminu Tambuwal of Sokoto State says declaration of a state of emergency on banditry would enable security operatives access to clear bandits’ enclaves and other hideouts.

Tambuwal made the suggestion on Wednesday in Sokoto when he received a delegation of the Northwest States Governors Forum.

The delegation was led by Gov. Aminu Masari of Katsina State on a condolence visit over the killing of 23 travellers in Sokoto State by bandits.

He appealed to President Muhammadu Buhari to declare the state of emergency so as to give security operatives additional operational laws to ensure maximum successes in their operations.

Tambuwal said such declaration would allow operatives to work without concerns about rights violations as the bandits were enemies of humanity.

“Bandits have no religious, ideological or ethnicity inclinations; they were notorious criminals terrorising law-abiding citizens,’’ he said.

He added that the Federal Government should initiate processes for recruiting locals in the areas affected by banditry to complement efforts of mainstream security personnel to tackle the menace.

“The recruited persons shall serve as Special Forces equipped with right skills and modern firearms to confront bandits since the locals know the terrains.

“After the special mission, the recruited persons could be re-engaged as forest guards to prevent new security challenges.

“In Sokoto State, we outlawed the self-styled vanguards referred at `Yansakai’ whose activities of extra-judicious killings led to reprisals and escalation of the situation,’’ he said.

The governor added that legitimate vigilance groups were being trained and teamed with mainstream security operatives to support the latter’s activities.

“All hands must be on deck to check banditry and to support President Buhari at all levels to contain the situation.

“This situation calls for specialised approach with holistic support from community groups, religious leaders and other individuals to tackle,’’ Tambuwal stressed.

He urged the citizenry to expose people supporting banditry in any form, especially the informants.

He also expressed appreciation of the governors forum for the solidarity visit and the donation of N50 million to support affected families.

Earlier, Gov. Masari said the visit was to commiserate with Tambuwal over the unfortunate attacks and the loss of lives.

He noted that states in the northwest are faced with similar challenge and that the governors had been collaborating to tackle banditry.

Masari stressed also that it was time citizens and communities stood up to protect themselves.

“Bandits behave worse than animals in view of the atrocities they perpetrate; people need to protect themselves.

“Police and other security personnel are inadequate, so we shall not wait for those barbaric bandits to maim and kill people at random.

“We shall confront them and deal with them the way they are supposed to be dealt with.

“It is no longer a blame game, rather we shall shun political differences to support authorities on containing the situation,’’ Masari said.

In his remarks, Gov. Abdullahi Ganduje of Kano State called for the deployment of scientific techniques in forest surveillance as forests remained the hideouts of the bandits.

Ganduje said communal approaches to solving the situation was paramount considering the loss of lives and valuables to banditry in the country.

The News Agency of Nigeria (NAN) recalls that on Dec. 6, in Isa Local Government Area of Sokoto State, bandits set 23 passengers ablaze in a bus.