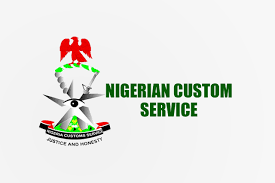 The vehicle was said to be heading to a South-Eastern state, an official disclosed.

Addressing newsmen on Wednesday at the headquarters of the command in Birnin Kebbi, the Command’s Comptroller, Mr Joseph Attah, described the act as illegal.

He said it contravened the International Convention on Wildlife of which Nigeria is a “signatory“.

Attah explained that two suspects, a driver and a passenger, had been arrested in connection with the seizure.

The comptroller said: “What you are seeing here today is a product of endangered species. Nigeria as a nation is a signatory to the International Convention on Wildlife. It means that animals that are globally classified as endangered species are not supposed to be hunted, poached and not to be eaten as meat.

“This is illegal, it is not right and it contravened Section 6(b) of the Customs and Excise Act 45 Law of the Federal Republic of Nigeria. It also contravened the Convention Treaty which Nigeria is also a signatory to,” he said.

Attah explained that the Customs was fully aware that some foreigners were coming to the country to illegally purchase the endangered species for their nation’s industrial usage and benefits.

According to him, Nigeria as a responsible member of the global community cannot afford to be silent on things that can raise questions on its integrity.

“Our country is a responsible member of the international community. We have the capacity and we are out to protect these animals.

“We cannot allow our nation to be used as conduit pipe for the passage of illegal trade on wildlife. We are aware that some foreigners do come to African countries with money and poke our endangered animals for their industrial needs.

“This is not in our interest as a people and as Nigerians, we have the responsibility to say `no` to this kind of illegality.

Attah promised to ensure that those who engaged in such illegal trade were arrested, thereby making it unprofitable for them.

He said such culprits could end up in a correctional centre.

“We shall continue to do that. This huge quantity of illegal items is valued about over N42 million and it is going to be destroyed to serve as a good example to others. All the suspects will face the wrath of the law “, he said.