CSOs thumb up for INEC on Ekiti guber poll

It stated that the Situation Room observed early arrival of poll officials and election materials in 93 per cent of the polling units observed. 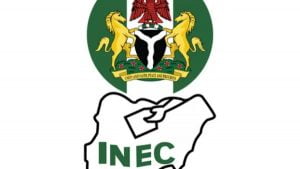 The Nigeria Civil Society Situation Room (Situation Room) has rated the Independent National Electoral Commission (INEC) high interms of logistics and commencement of voting in Saturday’s Ekiti State governorship election.
It stated this in an interim report jointly signed by the Convener, Ms Ene Obi; Co-conveners Ms Asma’u Joda and Mr James Ugochukwu on Saturday in Ado-Ekiti.
The Situation Room is made up of over 70 Civil Society Organisations (CSOs) working in support of credible and transparent election in Nigeria.
It stated that the Situation Room observed early arrival of poll officials and election materials in 93 per cent of the polling units observed.
“Set up was done promptly and polls commenced before 9:00a.m.,in at least 88 per cent of the locations.
“This is an improvement of both the Anambra State Governorship Election 2021 and FCT Area Councils Election 2022,” it said.
The situation room said that as at the time of issuing the release, the election had been generally peaceful, with voters conducting themselves in a civil manner in most of the polling units.
“The redistribution of voters done by INEC still does not take care of the issue of large number of voters in some polling units as many new polling units had abysmally low numbers while older polling units remain overcrowded.
“There were also polling units sited in private residences such as PU006 Omiragunsin’s House, Okemesi Ward 1, Ekiti West LGA and PU003 in front of Ezekiel’s House Iroro/Ita Alafia Iroro Imegun, Ward 3 Araromi Omuo, Ekiti East LGA,” the situation room stated.
On the performance of Bi-Modal Verification Accreditation System (BVAS), the Situation Room said that observations indicated the BVAS was functional in at least 76 per cent of the voting locations.
The situation room however, said, that there had been many reports of delays and malfunctioning of BVAS machines in voting units especially those with many registered voters.
It cited examples of the locations where the machines malfunctioned to include PU 002 Igbaletere by Mechanic Workshop, Ward 6 Ado Okeyinmi, Ado-Ekiti LGA where the Machine was going on and off intermittently.
The situation room added that at PU 007 LA Primary School Oke Afin, Otun Ward III and PU018 Igogo Ward II both in Moba LGA, the BVAS failed, as well as at PU 014, Ward I Okemesi, Ekiti West LGA, among others.
“Furthermore, INEC’s distribution of the BVAS devices was not proportionate to the population of registered voters by polling unit.
“The Situation Room stated that poll officials gave priority to Persons With Disabilities (PWD) voters, elderly persons and pregnant women in most of the polling units observed.
“However, citizens refused to recognise people with albinism as persons with disabilities (PWDs), thereby failed to accord them special consideration at the polling units. Also, voting cubicles were not easily accessible to PWDs,” it said
The situation room added that there were reports of widespread vote buying by political party agents across the 16 Local Government Areas of the state.
READ ALSO:https://brandpowerng.com/youths-launch-app-to-boost-security-in-anambra/

“In many instances, voters were induced with money ranging from N4,500 to N10,000 by asking them to flag completed ballot papers as proof of voting in the specified manner in what they term See and Buy.
“Situation Room strongly condemns this blatant violation of the electoral law.”
On presence, conduct and welfare of security officials, the Situation Room said that security officials deployed for the election were diverse and cut across the police, Independent Corrupt Practices Commission (ICPC), Economic and Financial Crimes Commission (EFCC), Nigeria Security and Civil Defence Corps (NSCDC) etc.
It observed that security officials arrived at polling units on time and were civil in their conduct.
“However, the impact of their presence was not felt in voters’ coordination at most of the polling units.
“Also, the police failed to halt the apparent vote buying witnessed by observers in virtually all the polling units.”
The situation room called on the people of Ekiti State to continue to conduct themselves in a peaceful and responsible manner.
“We wish to remind the police authorities of their responsibilities to halt and apprehend those involved in voters’ inducement and maintain law and order throughout the process and beyond.
“Situation Room calls on INEC to ensure that the on-going process is concluded transparently and credibly.”