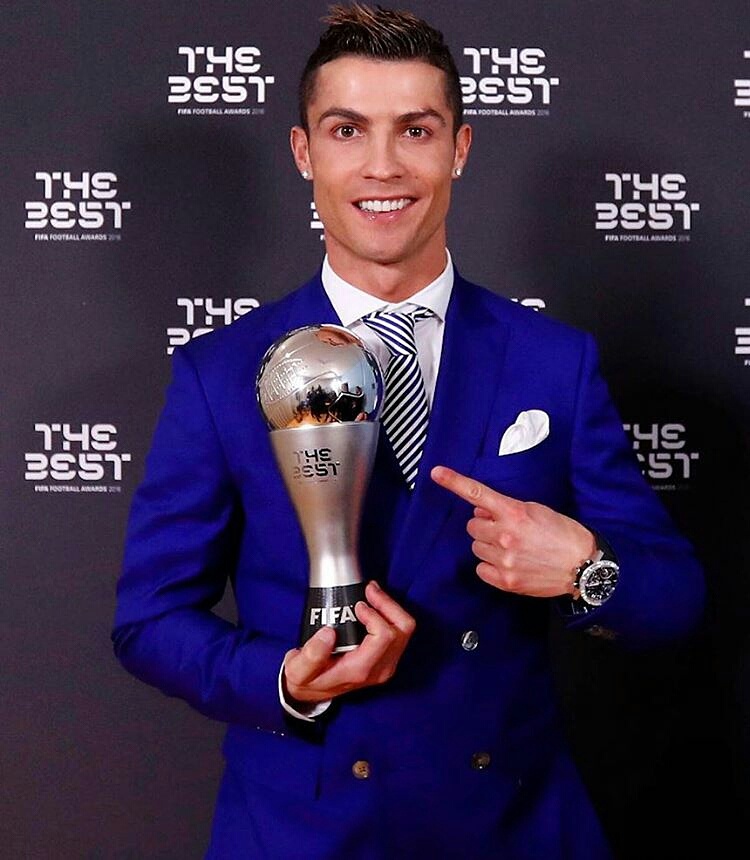 Messi was pulled out of the ceremony only a few hours earlier by his club Barcelona.

31-year old Ronaldo was rewarded for a year in which he won the Champions League with his club Real Madrid and the Euro 2016 with Portugal.

Argentina’s Messi was second in the vote and Frenchman Antoine Griezmann third.

“I’m very happy and I can say that 2016 was the best year of my career,” said Ronaldo, as he was presented the award by FIFA President Gianni Infantino.

Messi missed the ceremony along with all other Barcelona players who had been invited.

“With the aim of prioritising preparations for Wednesday’s game against Athletic Club, FC Barcelona have decided that the players recognised in the awards will not be travelling to Switzerland for the ceremony,” said the club in a statement.

Ronaldo also won the old FIFA award once in 2008 and also in 2013 and 2014 when it was organised jointly with France Football magazine.

The FIFA Best Women’s Coach Award went to Silvia Neid, who retired after leading Germany to a first Olympic title in Rio.

Radamel Falcao was honoured with FIFA award for outstanding career, while the FIFA fan Award went to Liverpool and Borussia Dortmund fans.

The two fans captured the hearts of many while singing ‘You’ll Never Walk Alone’ as one before last season’s Europa League quarter-final at a sell-out Anfield.