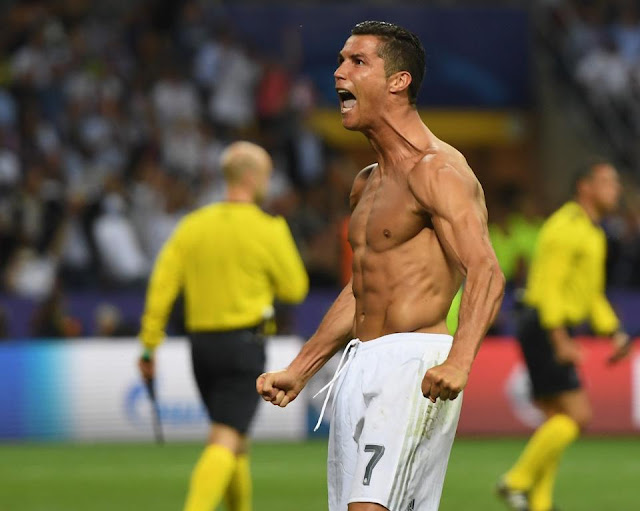 Real Madrid star Cristiano Ronaldo has been named the world’s highest-earning athlete for the first time, becoming only the second individual from a team sport ,after Micheal Jordan,to lead the Forbes rankings since they began in 1990.

Ronaldo, who turns 32 on Sunday, climbed to the top of the list by earning $88 million in 2016, ahead of Barcelona’s Lionel Messi in second place with $81m and NBA star LeBron James in third with $77m.

According to Forbes, Ronaldo’s total income rose marginally in 2016, up to $88m from $80m the year before. However, the retirement of boxers Mayweather ($300m in 2015) and Manny Pacquiao ($160m in 2015) helped him to take over at the head of the list.
Golfer Tiger Woods landed the No. 1 spot 12 times, while boxer Floyd Mayweather ranked first three of the past four years.