“For the records, I, Hon. Prince Sunday Ajayi, withdrew from the activities of Lagos4Lagos because of the  questionable character and draconian lifestyle of Jandor. 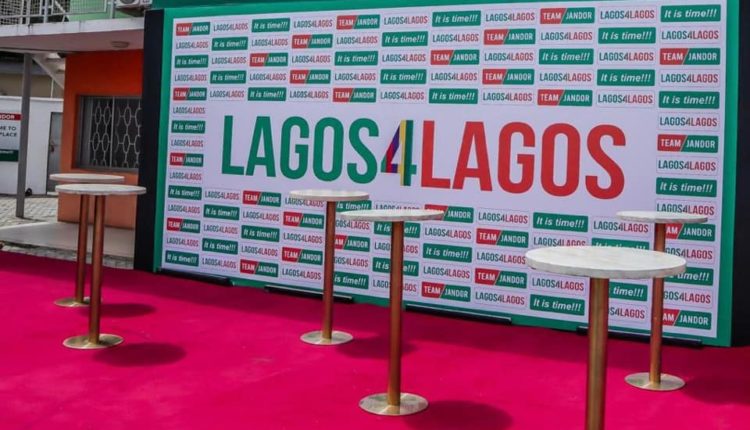 Prince Sunday Ajayi,  State Chairman of the Lagos4Lagos Movement, a splinter group within the APC in Lagos State, has explained why he withdrew from the group’s activities and its leader, Dr. Olajide Adediran.

The News Agency of Nigeria (NAN) recalls that the crisis within the group, which recently defected to the People’s Democratic Party (PDP), broke out on Tuesday when the group’s leader, Adediran sacked  Ajayi.

Adediran, popularly called ‘Jandor’ who is eying the governorship ticket of the Lagos PDP in the  2023 general elections, accused Ajayi of serial improprieties, including an alleged collection of N100m bribe from the APC leader, Sen. Bola Tinubu.

Reacting, Ajayi, in a statement on Wednesday denied all allegations against him, saying that his withdrawal from the Lagos4Lagos Movement was due to Adediran’s questionable character and draconian lifestyle.

He alleged that Adediran’s life had been full of controversies.

“My attention has been drawn to a malicious statement by Abdul-Azeez Olajide Adediran (Jandor) claiming that I collected N100 million from Bola Tinubu.

“For the records, I, Hon. Prince Sunday Ajayi, withdrew from the activities of Lagos4Lagos because of the questionable character and draconian lifestyle of Jandor.

“For someone to accuse me of collecting money from a man I have not spoken to or interacted within the last 3 years shows his level of shallowness and confusion,” Ajayi said.

The chairman, who revealed that he was warned many times before joining Jandor’s camp, alleged that Adediran usually fought anyone who would oppose his style and actions.

Ajayi, who described Adediran as a lair, urged the Lagos PDP to be careful of  Adediran if the party intended to get it right.

“I dare Jandor to show proof of receipt of such transaction between me and  Tinubu, failure upon which I will have no choice but to institute legal action against him.

“For clarity, Jandor’s latest action is borne out of the frustration he has met in his fruitless quest to get a PDP ticket that was already placed out of his reach from the word go.

“It’s better for him to come out clean on how his arrogant lifestyle has led 70 percent of the movement to leave Lagos4Lagos.