The presiding judge, Justice Muhammed Sani ordered the forfeiture of a Duplex building, situated at Lekki, Eti-Osa Local Government Area of Lagos, worth over N60m. 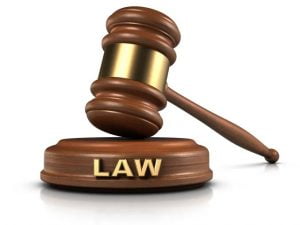 A Federal High Court in Ilorin has convicted one David Oluseyi Ajewole, based in Ado-Ekiti, over offences bordering on internet fraud.

The presiding judge, Justice Muhammed Sani ordered the forfeiture of a Duplex building, situated at Lekki, Eti-Osa Local Government Area of Lagos, worth over N60m.

He is also to forfeit RS 350 Lexus car worth over N6 million, which the convict procured with proceeds of his illegal activities to the Federal Government.

Ajewole was prosecuted alongside seven others over similar offence by the Ilorin Zonal Command of the Economic and Financial Crimes Commission (EFCC).

The convicts pleaded guilty to their charges.

Upon the guilty plea entered by the defendants, the prosecutors, Innocent Mbachie, Sesan Ola and Andrew Akoja reviewed the facts of the cases and narrated the circumstances surrounding the convicts’ arrest.

They tendered several materials recovered from the accused persons at the point of arrest and were all admitted as evidence.

The counsel urged the court to consider the guilty plea of the defendants, their extra-judicial statements and evidence, as well as the provisions of the law in convicting them as charged.

The News Agency of Nigeria (NAN) reports that the convicts were among the 30 fraudsters arrested by EFCC operatives during a sting operation in Ado-Ekiti, Ekiti state capital on April 26.

Only Adeyemi Segun was arrested in Ogbomosho Area of Oyo state sometimes in October 2021.