Agi said that the centre had earlier launched the Transparency and Integrity Index (TII) Methodology Handbook which represents its response to systemic corruption in the public sector. 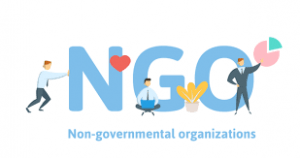 The Centre for Fiscal Transparency and Integrity Watch (CeFTIW), an NGO,  has called for transparency and open governance in all government’s financial activities to check corruption.
This is contained in a statement by Victor Agi, Head of Public Affairs CeFTIW, on Thursday in Abuja.
Agi said that the centre had earlier launched the Transparency and Integrity Index (TII) Methodology Handbook which represents its response to systemic corruption in the public sector.
He frowned at refusal by some agencies of government to comply with certain statutory directives to ensure transparency and accountability in their financial transactions.
He called on the Federal Government to ensure that all its agencies complied with a presidential directive to publish daily treasury summary statements of their financial records above a certain threshold.
“Through the TII, we advocate for transparency by insisting that Ministries, Departments and Agencies (MDAs) comply with national laws and international conventions that promote open governance.
“By President Muhammadu Buhari’s directive after inauguration of the treasury portal in December, 2019,  MDAs  are statutorily required to publish daily treasury summary statements of their financial records above five million Naira.
“They are equally required to publish monthly budget performance reports, including their functions and economic activities, within seven days to the end of the month.
“Failure by the MDAs to comply with this statutory directive also contravenes the provision of the Freedom of Information Act (FOIA); which should not be swept under the carpet,” he said.
According to Agi, the journey to a transparent public sector begins with accountability.
Don't miss
NEWS

“When government agencies and officials violate laws and there are no consequences for such violations, then we cannot expect a society that thrives on sound democratic principles and the rule of law.
“The culture of impunity, where public servants deliberately contravene laws and institutional frameworks for selfish reasons and are not held accountable for such actions should be discouraged.
“It is important to reiterate that laws do not just implement themselves, but require the people who make up the system to function effectively,” he said.
Agi also called for thorough investigation into recent reports of missing records in the Federal Government open treasury portal.
According to him,  stiff sanctions should be metted out against public officers who are found to be involved in acts of sabotage against the portal.
“According to reports, the portal which was down for several days was restored with records missing, including those of the Office of the Accountant General of the Federation (OAGF) which oversees it.
READ ALSO:https://brandpowerng.com/ncs-terminal-operators-sign-sop-for-transfer-of-containers/
“Daily financial statements of MDAs for three successive years; their  financial records on monthly budget performance  and annual general purpose financial statements were also said to be missing from the portal.
“This is a sharp violation of the president’s mandate and intention to ensure transparency in government spending when he inaugurated the portal in December, 2019.

“While it is largely believed that cases of grand  corruption are perpetrated by politicians, corruption in government is only made possible when public servants act with impunity and fail to comply with laid down processes,” he said

The News Agency of Nigeria (NAN) reports that in December 2019, President Muhammadu Buhari launched the Open Treasury Portal (OTP)  an accountability platform, which seeks to enable “timely availability of financial information to the civil society organisations and the public at large by all MDAs of the federal government”.

Buhari directed the Accountant-General of the Federation to publish monthly fiscal accounts that will detail all the financial performance of the government, along with receipts. He directed that a daily treasury statement which will provide information about what came into the national purse and what went out every single day must be published.

Buhari said the accountant-general and all accounting officers must publish daily reports of their spending in the region of N10 million while all ministries, departments and agencies of government must do the same for payments above N5 million made from the public treasury.