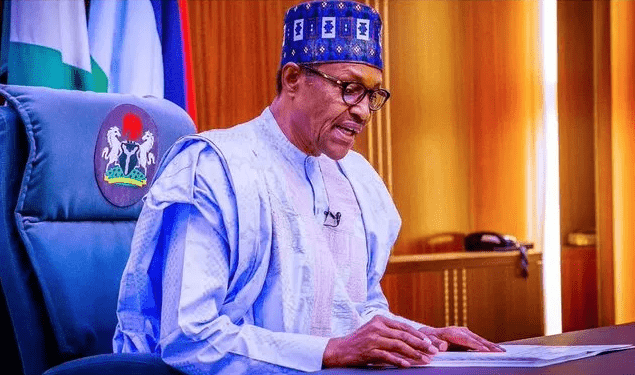 President Muhammadu Buhari says continuous education is needed so that the larger populace will not be hoodwinked.

The President’s spokesman, Mr Femi Adesina, in a statement, said Buhari stated this at a meeting with Rashad Hussain, United States Ambassador-at-Large for International Religious Freedom at Nouakchott, Mauritania, on Tuesday.

According to him, continuous education has become necessary in order to check the activities of some people who hide under the canopy of religion to advance their economic and political agenda.

He recalled Trump asking him: “why are you killing Christians in Nigeria,” and how he proceeded to tell him that the issue in the country was not religious but rather criminal, and a usage of religion by some elements to further their economic, and sometimes, political interests.

“It’s a problem Nigeria has been struggling with for a long time, and it is completely unnecessary.

“Some people use religion as sentiment but with adequate education, people are seeing through it now.

”Majority of the people just want to practice their religion without problem but some people cash in on religious misunderstanding for their own ends.

“When people are educated, they are able to discern when others want to use religion for certain ends. They do it mostly for material reasons.

“Also, when some people are incompetent, they bring in all sorts of excuses, including religion.”

Hussain said the United States of America is interested in partnering with Nigeria in the areas of formal and non-formal education, toward religious harmony.

“There’s so much we can do together to promote peace, promote communal harmony. We love what you are doing, and we will be glad to assist as appropriate,” he said.

Collaboration needed to scale up Nigerians under NHIA – Runsewe

06/02/2023 0
Inadequate publicity, Naira re-design and fuel scarcity, have combined to take the shine off the ongoing 44th Kaduna International Trade Fair. Correspondents of the News...

Justice R.O. Ayoola of the Kogi High Court on...