He said that the visible upgrade and transformation at the airport had vindicated the government. 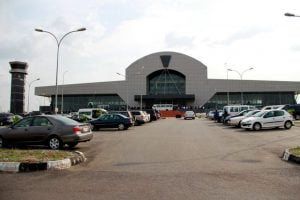 The Commissioner for Information in Delta, Mr Charles Aniagwu, says the concessioning of the Asaba Airport by the state government is already yielding result.
Aniagwu said this during the verification of the Instrument Landing System (ILS) at the airport by a Spanish company engaged by the new management, Asaba Airport Company.
He said that the visible upgrade and transformation at the airport had vindicated the government.
According to him, when the government came up with the idea to concession the airport, people thought it was not good enough.
The commissioner lauded the company for its commitment toward ensuring that the facility sustained the Category Six Grade.
He also expressed delight over the company’s efforts to commence international flight soon, improve service delivery and create job opportunities for the people.
“I am happy that since 2021 when you took over the airport, a whole lot has happened.
“Starting from the number of traffic, which you have increased, to bringing the airport to the point of profitability.
“These informed government’s decision to concession the airport and to the calibration of the ILS.
“In every inch of the way, we feel happy that we took that decision to concession the airport.
“We are no longer putting in so much money to sustain the airport and happily, it is serving our people.
“Besides, your company in its social responsibility, has installed street lights along the expressway.
“It had stated that your target is to resume international flight, which is why you are ensuring these facilities work effectively,” Aniagwu said.
The Managing Director, Asaba Airport Company, Mr Christophe Pinnick, described the ILS verification with a drone as the first in the region.
According to him, the ILS was installed before the company took over the management of the airport in August 2021 because we could not calibrate it.
“In the past weeks, we invited specialists from South Africa that know how to tune the equipment.
“They have cut part of the hills in a way that it will not obstruct the signal from the ILS.
READ ALSO:https://brandpowerng.com/cvr-inec-unveils-youth-vote-count-campaign-with-music-concert-in-lagos/

“The signal is important and this is what the pilot uses during landing, particularly during low visibility conditions. “This means that, in spite of the whether condition, aircraft can land without really seeing the runway for up to 800 meters,” Pinnick said.
He further said that the ILS was tuned to a certain angle that was regulated by the Nigerian Civil Aviation Authority and Nigerian Airspace Management Agency (NAMA).
He further said that a Spanish company was engaged to do a verification of the ILS with a drone.
“Like in Europe, they use drone to verify if the ILS is properly tuned because drone gives a more accurate result than the aircraft.
“The specialist from Spain arrived two days ago, and with the four flights that we have done, we are on perfect angle, while we await NAMA aircraft to do the calibration and then we shall have a calibrated ILS in Asaba.
“So, hopefully any flight with difficulty in landing at the Benin airport and others, will enjoy safe landing in Asaba during poor whether conditions,” Pinnick further said.