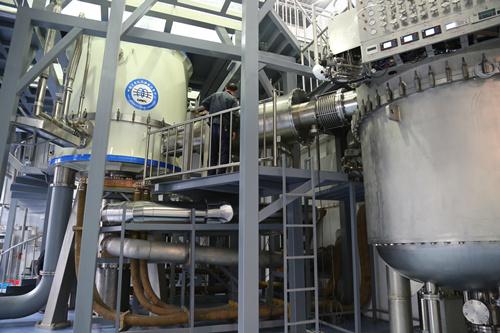 Chinese scientists on Friday produced a steady field of 45.22 Tesla, the
highest steady magnetic field by a working magnet in the world.

This is according to the Hefei Institute of Physical Science under the Chinese Academy of Sciences.

The achievement occurred at the hybrid magnet of the Steady High Magnetic Field Facility in the city of Hefei, Anhui Province.

It breaks the previous world record of 45 Tesla created in 1999 by a hybrid magnet at the National High Magnetic Field Laboratory
of the United States.