He explained that the funding came from Chevron Nigeria Limited, under the Global Memorandum of Understanding (GMoU) with the oil firm’s five host communities in Ekeremor LGA. 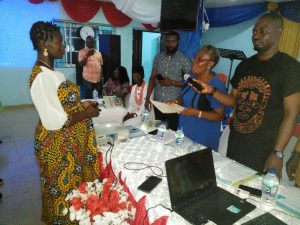 Mr Francis Amamogiran, Chairman of the Association, stated this at the 10th Annual General Meeting (AGM) of the association in Yenagoa, Bayelsa.

He said that the expenditure was marginally higher than the N95.43 million spent by the association the previous year, 2020.

He explained that the funding came from Chevron Nigeria Limited, under the Global Memorandum of Understanding (GMoU) with the oil firm’s five host communities in Ekeremor LGA.

Amamogiran said that the fund was deployed for infrastructure and non-infrastructure projects, including town hall buildings, scholarships, adult education programme and cottage hospital staff salary amongst others.

According to him, the association conducted its activities in line with the transparency and accountability requirements of the GMoU funding framework which prioritises community participation in development projects.

He said that the association is holding its last AGM under the GMoU model following the enactment of the Petroleum Industry Act and its expectation that the government should provide further guides on the host community funds administration.

Mr Christmas Mark, Secretary of the association, applauded the peaceful disposition of residents of the host communities that resulted in the successful oil and gas exploration in the year under review and urged them to sustain the peace.

In her speech, Mrs Ruth Etebu, Permanent Secretary, Bayelsa Ministry of Mineral Resources, expressed satisfaction with the governance structure adopted by the association in implementing projects.

She advised the residents to continue its peace-building efforts to attract further development to their communities as peaceful atmospheres attract investors.

The News Agency of Nigeria (NAN) reports that the high point of the event was the presentation of certificates to 10 female beneficiaries of the Adult Education Scheme by Etebu.

Mrs Mien Sunday, who spoke on behalf of the beneficiaries, expressed appreciation to Chevron and the leadership of the association for giving them another chance to learn to read and write.

She said that the knowledge acquired had improved their self-esteem as those engaged in petty trading could now keep records and track the progress they make in their various businesses.

She said that the adult education classes have also enabled them to participate in the education of their children.