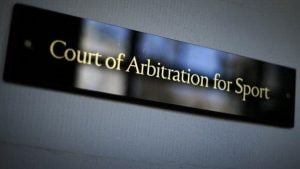 The ruling modern pentathlon body UIPM can continue working on a new competition format for the 2028 Olympics after the Court of Arbitration for Sport (CAS) dismissed a Danish protest.

The Danish federation had contested a UIPM executive board decision from last autumn to find an alternative for horse riding, saying the executives did not have the power to make such a decision.

But CAS has said, in a ruling published on Thursday, after a hearing in May and without giving any details: “Having considered all the evidence put before it, the CAS Panel dismissed the appeal and confirmed the validity of the challenged decision.”

Horse riding is to be dropped after the 2024 Olympics after the sport came under pressure at last year’s Tokyo Games.

That was when a German rider whipped a horse that refused to jump a fence and a team coach then hit it.

Obstacle racing is being trialled as an alternative but a final decision for the 2028 Los Angles Games is yet to be made.

The Danish federation said last year the UIPM should have helped athletes getting better riding skills.

The CAS said that its decision only concerns the 2028 Olympics and not the competition format in general for which the UIPM will be responsible.