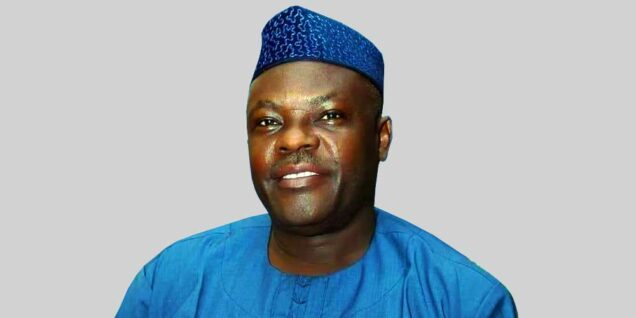 The cargo airport being constructed by Ekiti government will showcase the state to the world, Chairman, House of Assembly Committee on Works and Transportation, Mr Hakeem Jamiu, has said.

He said on Friday in Ado-Ekiti during an oversight visit to the project by members of the committee that the airport is a legacy project.

He noted that the runway was ready and construction of the terminal building and aprons were going on at a fast pace.

Jamiu, also the Deputy Speaker of the House of Assembly, expressed optimism that the airport would be ready soon.

He said the airport would rate as the eighth wonder of the world upon completion, notwithstanding the state’s funding challenges.

He expressed the assembly’s satisfaction with the quality of work done at the site so far.

Jamiu reiterated the assembly’s support at ensuring that the project is completed on time, explaining that its multiplier effect on Ekiti economy would begin to show when fully operational.

The Project Coordinator, Chief Bunmi Awotiku, told the committee that airport would compete with any airport in the world upon completion.

Awotiku expressed joy at the level of work done so far, saying the runway was ready for aircraft landing.

He also assured the people of the state of quality delivery as competent engineers from the Federal Ministry of Works and other professional bodies were supervising the project.