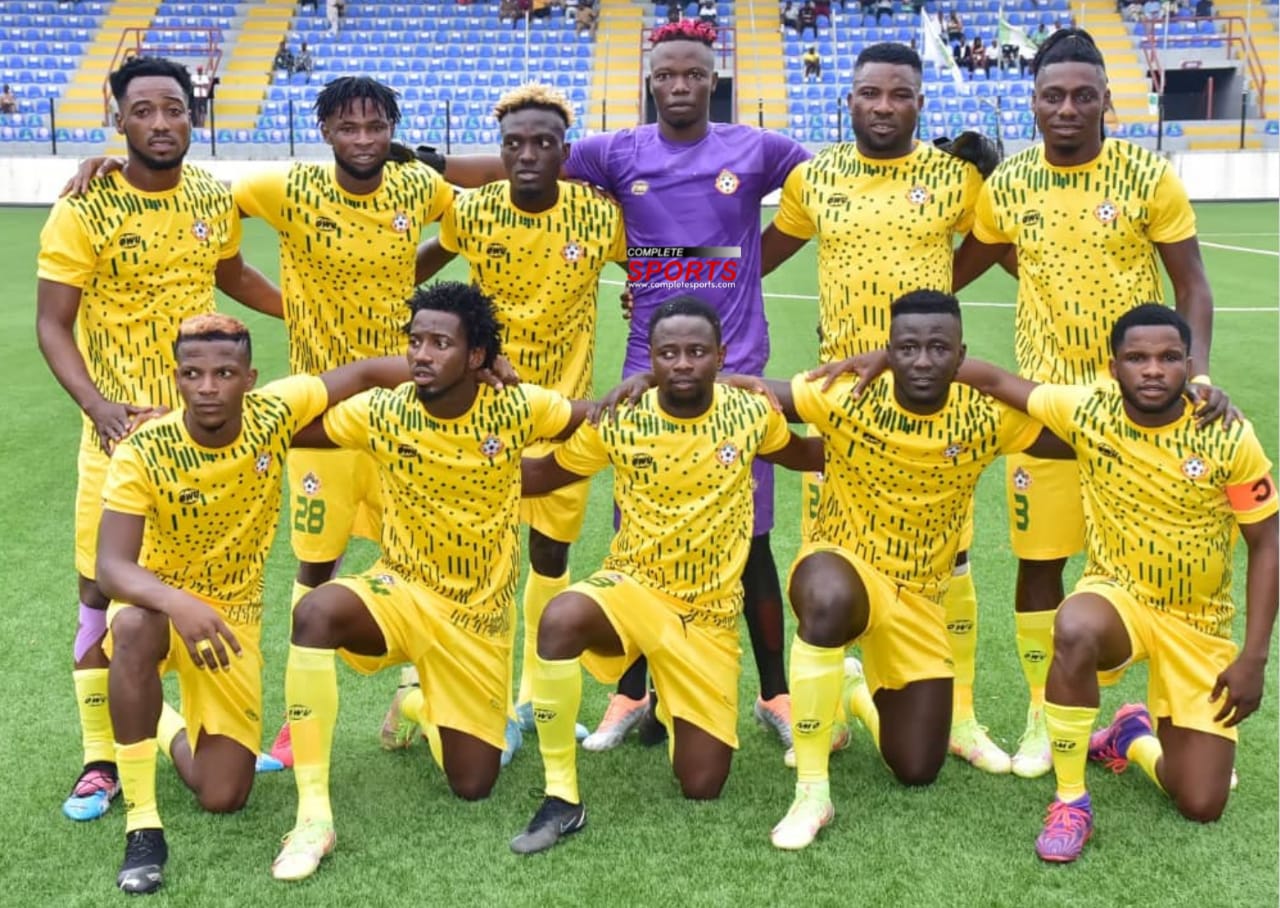 Kwara United Football Club of Ilorin on Sunday began their 2022/2023 CAF Confederation Cup campaign with a 3-0 win over visiting AS Douanes of Niger Republic.

The News Agency of Nigeria (NAN) reports that the match, a first leg match in the preliminary round of the competition, was played at the Mobolaji Johnson Arena in Lagos.

The hosts controlled most of the proceedings and were dictating the pace of the game with Issa Gata leading with his mesmerising display in the middle of the pack.

The centre referee awarded a penalty kick in the 17th minute when a player of AS Douanes was adjudged to have handled the ball inside the goal area.

Jimoh scored the penalty kick, even though the visitors’ goalkeeper Omar Halidou got the direction.

But the ball was too fast for him to stop the match’s second goal from being recorded in the 18th minute.

Kwara United maintained their dominance of the match and kept the pressure on for most part of the first 45 minutes.

With four minutes left on the clock before the break, Kwara United added the third goal of the match.

Gata won possession in the dangerous area before gaining advantage to score with a powerful shot.

Even though rain affected the flow of the game in the first half, the second half was more competitive as the visitors troubled the hosts in the midfield.

The visitors’ attempts to reduce the tally was always thwarted by the resilient efforts of the duo of Ayodeji Bamidele and Abiodun Adebayo in the Kwara United defence.

NAN reports that the return leg match will hold at the Général Seyni Kountché Stadion or Stade Municipal in Niamey, Niger Republic next Sunday.

The winners over the two legs will face Moroccan side Berkane, who are the current holders of the Confederation Cup title.