Modibbo explained that the new development which took effect from March 2022, showed that private schools were essentially a corporate body capable of contracting businesses and could sue and be sued. 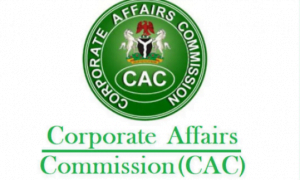 The Corporate Affairs Commission (CAC) says it has commenced registration of private schools as limited liability companies and not as a business entity to ensure continuity.

Head of CAC Zonal Officer in Kaduna, Mr Abdulkadir Modibbo, disclosed this in Kaduna on Thursday at a two-day consultative meeting on the formulation of policy to guide operations of private schools in Kaduna State.

The meeting was organised by PLANE, a seven-year education programme funded by the UK Foreign, Commonwealth and Development Office (FCDO) to invest in a more inclusive and effective education system in Nigeria.

Modibbo explained that the new development which took effect from March 2022, showed that private schools were essentially a corporate body capable of contracting businesses and could sue and be sued.

He further said that schools issued certificates in their names, adding that those attributes were not in a business name.

He stressed that above all, registering schools as a limited liability company would ensure the continuity of a school even if the owner dies.

“For example, if the owner of a private school dies, the children can inherit the school and may decide to either continue the school or close it.

“This will affect the learners and those that long graduated from the school in case an organisation wants to verify if certain individuals graduated from a particular school.

“But a limited liability is not like that. The directors or the shareholders will continue the school even if the founder dies.

“So, anyone that wants to register a private school, will have to register it as a limited liability company with shareholders.

Riyoji then asked what would happen to the schools that were already registered under a business.

Responding, Modibbo, explained that CAC was yet to take a stand on schools that were already registered under a business name.

Earlier, PLANE State Team Lead, Mrs Diana Agabi, said that the policy was very crucial considering that private schools had been left out of most donor’s support programmes in the country.

According to her, private schools play a major role in the educational development in the country, pointing out that about 40 to 50 per cent of school age children attend private schools.

“Majorly what we see is the controversy between the government and the private schools who were being seen solely as business enterprises and not adding value to the society.

“The government needs to see private schools as a sector that is adding value to the education sector and contributing to nation building and not as business enterprises.”