According to them, most of the artisans have been forced into other trades to earn a living. 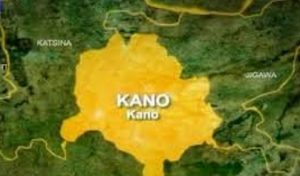 Artisans in Kano metropolis have decried the persistent power outage in the state capital.

They told the News Agency of Nigeria (NAN) in Kano on Saturday that the poor situation had rendered them less productive.

According to them, most of the artisans have been forced into other trades to earn a living.

Malam Idi Garba, a welder, said he spent about N25,000 weekly on diesel to operate his wielding business.

“It has never been this bad, as far as electricity supply is concerned, most of us are operating at loss.

“In the last two months, power supply in most part of state capital has become erratic and this has affected business and commercial lives,” he added.

Babale Usman, a Barber, explained that some of their colleagues who could not afford electricity power generators, had taken to commercial tricycle business to earn a living.

“Some artisans, who cannot afford generating sets, have taken to Okada and commercial tricycles,” he said.

Gloria Mark, a cyber café operator at Sabon-Gari, said that she had lost many customers due to the poor power supply.

“We have lots of work left undone as a result of power failure.

“We spend a lot of money fuelling our generators. Many Small scale businesses collapsed because of the inefficient power supply,” she said.

Ade Suraj, a frozen food seller, said the electricity supply in the metropolis had degenerated.

According to him, the development is forcing some small businesses to close down.

The artisans urged the Federal Government to urgently look into the problem.

“We all know that the Federal Government has invested huge sums of money in the power sector. We want more efforts to be put in place so as to have stable power supply,”

However, Kano Electricity Distribution Company KEDCO’s Chief Corporate Communication Officer, Ibrahim Shawai, in a statement, apologised to residents and other areas of operations for poor supply of electricity.

He attributed the blackout to reduced load allocation from the national grid.

Shawai said: “The situation is as a result of reduced load allocation to our coverage areas from the generation companies.”

“At the moment, about 140MW is what we get as our allocation which is grossly lower than the average 368MW allocation during optimal generation period.”

Shawai assured the residents that the company would equitably distribute the little received allocation.