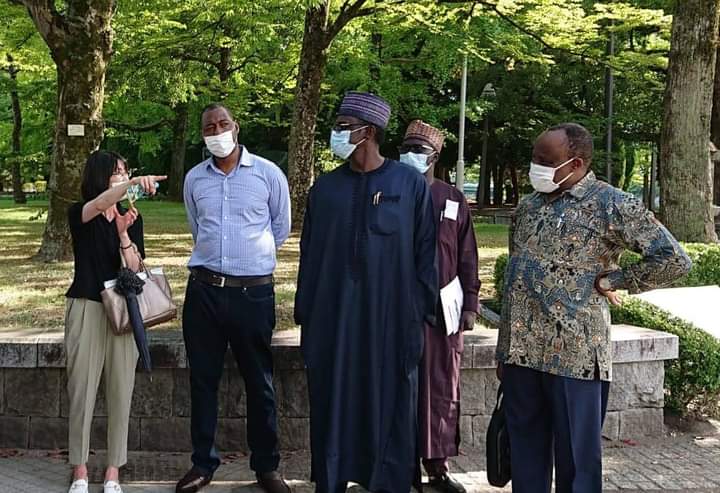 Alhaji Mamman Mohammed, Buni’s Director-General (DG), Press and Media Affairs, stated this in a statement on Wednesday in Damaturu.

He said the study tour was organised by the UNDP and Japanese International Cooperation Agency (JICA), to equip Yobe, Borno, and Adamawa governments with a sustainable process of post-insurgency recovery.

Mohammed said it would focus on Hiroshima city’s process of rehabilitation and recovery from the 1945 atomic bomb destruction.

“ Buni, Zulum, and the representative of the Adamawa government said that the Hiroshima experience will contribute to fast-tracking the peace-building and recovery process from the horrific Boko Haram insurgency in their respective states.

“The delegation had discussions on the Japan-Nigeria Parliamentary Friendship league, a lecture series on the history of Hiroshima, peace-building and recovery,” the DG said.

He said Buni also held discussions with the JICA officials on other areas of interest to Yobe, including education, agriculture, youth empowerment as well as humanitarian and livelihood supports.

Mohammed said the governors later paid a courtesy visit to the Vice-resident of JICA, the Deputy Governor of Hiroshima city and the Nigeria Ambassador to Japan.

The DG said the governors were accompanied by Yobe Commissioner for Humanitarian Affairs and Disaster Management, Dr Abubakar Garba and the Managing Director of the North East Development Commission (NEDC), Alhaji Mohammed Alkali.