Mamman said that section 20 of the Procurement Act, 2007 placed the permanent secretaries at the heart of the procurement process, as accounting officers in their ministries. 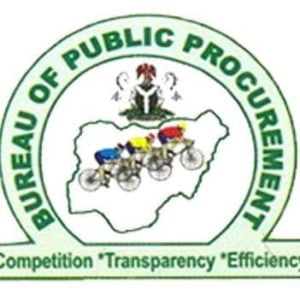 Director-General, Bureau of Public Procurement (BPP),  Mamman Ahmadu, has urged Permanent Secretaries to get acquainted with procurement processes for a more effective implementation of the Procurement Act.

Head Media Unit of the bureau, Janet McDickson, in a statement on Thursday in Abuja, said the director-general made the call at a recent retreat in Uyo, Akwa Ibom.

The News Agency of Nigeria (NAN) reports that the theme of the retreat was “Strengthening Public Procurement for Optimal Effectiveness”.

It was aimed at equipping the permanent secretaries with the fundamental principles of procurement to achieve value for money.

Mamman said that section 20 of the Procurement Act, 2007 placed the permanent secretaries at the heart of the procurement process, as accounting officers in their ministries.

He said that it was important to guide them appropriately, according to the Act.

Ahmadu also said that e-procurement was currently being developed by the bureau in collaboration with the World Bank.

He added that 10 Ministries, Departments and Agencies of government (MDAs) had been selected as pilot procuring entity before the full roll out of the system service wide.

“Benefits to be derived from the use of e-procurement are tremendous.

“As drivers of the procurement reforms in your respective ministries, it is important that this information is brought to your attention,” he said.

He said that tremendous improvements had been recorded in public procurement over the years, while encouraging the permanent secretaries to do more for optimal achievement.

Also speaking, the Head of the Civil Service of the Federation, Mrs Folasade Yemi-Esan said that public procurement played a significant role in achieving socio-economic inclusion of all strata of society.

She said that the government had the responsibility of ensuring that it paid great attention to public procurement processes.

“It must also ensure that the award of contracts is handled professionally and in compliance with the best practices,” she said

She urged the permanent secretaries to use scrutiny and discretion before the award of contract which must be within their approval thresholds, and in conformity with other extant financial regulations.

“It t is important to know that, liabilities arising from failure to ensure accountability and transparency may not go away even after leaving the office.

“Accounting officers could be asked to account for their actions and inactions even after leaving office,” she said.