He said that the certificates were given to the Cement Company of Northern Nigeria (CCNN) located in Sokoto State, Federal Superphosphate Fertilizer (FSFC), Kaduna State and Ikoyi Hotels Ltd. (Southern Sun), Lagos State. 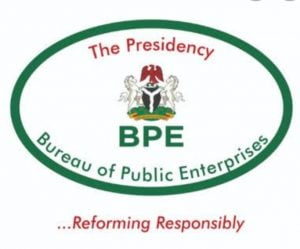 The Bureau of Public Enterprises (BPE), has presented discharge certificates to three privatised enterprises earlier delisted from monitoring activities by the Bureau.

BPE’s Head, Public Communications, Mr Ibeh Chidi, made this known in a statement made available to newsmen on Thursday in Abuja.

He said that the certificates were given to the Cement Company of Northern Nigeria (CCNN) located in Sokoto State, Federal Superphosphate Fertilizer (FSFC), Kaduna State and Ikoyi Hotels Ltd. (Southern Sun), Lagos State.
Chidi said that the Director-General of BPE, Mr Alex Okoh presented the certificates to the companies on Wednesday in Abuja.

According to okoh, the ceremony is in fulfillment of the covenants stipulated in the Post-Acquisition Plan (PAP) by BPE.

Okoh said that during the Bureau’s routine monitoring on the three delisted enterprises, the core investors were found to have achieved all and in some instances, exceeded the obligations they covenanted to in their respective PAPs.

“It is on this note that the National Council on Privatisation (NCP) granted approval for the enterprises to be given a clean slate.

“ The Federal Government will continue to support credible private sector investors in the country by providing a conducive environment for business to thrive and ensure the continued growth and development of the economy.”

Okoh also said that in spite of their discharge from regular monitoring activities, the Bureau would occasionally request for information or visit the enterprises in order to report on their performances as showcased by the privatisation and reform programme of the Federal Government.

Representatives of the three delisted enterprises commended the privatisation programme of the Federal Government and assured that they would promptly respond to requests by the Bureau.