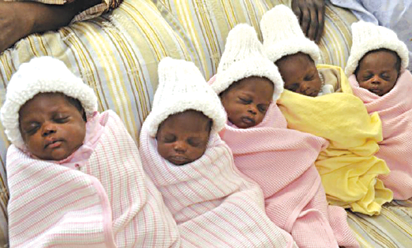 Women in Boko Haram-ravaged Borno registered the highest number of newborns in Nigeria in 2018 and 2019, according to the National Bureau of Statistics.

On the statistics of recorded deaths, NBS disclosed that burial or other means of deceased disposal was 38,727 between 2017 and 2019.

Recent statistics by the National Bureau of Statistics (NBS) have indicated that Anambra topped the list of states where married women use traditional contraceptives to control childbirth, with Yobe having the lowest figure at 0.3 percent.

This is contained in NBS’ demographic statistics for 2020 posted on its website on Sunday in Abuja.

The statistics showed that 98.1 percent of married women in Yobe did not use any contraceptive in the year under review.

NBS said that at the national level, the total number of women not using contraceptives to prevent childbirth was 83.4 percent, while those using the traditional method of contraceptives was 4.6 percent with the modern method standing at 12.0 percent.

Sokoto State at 97.7 percent follows Yobe in the category of women not using contraceptives with 0.2 using traditional methods, while 2.1 percent use the modern method.

The report said, however, that the Total Fertility Rate (TFR) for the year 2018 was 5.3 percent, indicating a decrease from previous years.

It added that women in the age group 25 to 29 had the highest fertility rate, while women aged 45 to 49 had the lowest rate.

Sylvester Oromoni: Journalists, public barred from inquest as testimony is received from minor