The theatre commander said those that surrendered comprised combatants, non-combatants, those conscripted against their wish and family members. 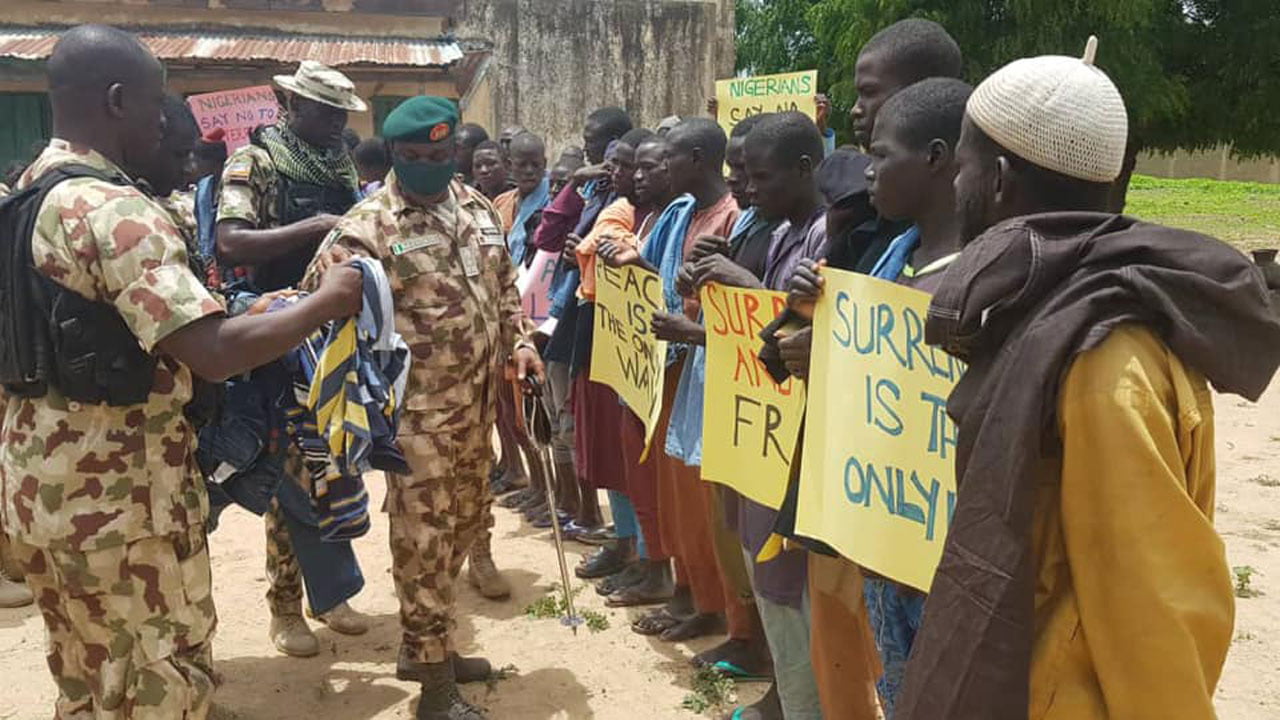 The number of Boko Haram insurgents who have surrendered to the federal government forces has now reached 17,000,. This is according to Christopher Musa, the Theatre Commander of the Joint Task Force “Operations Hadin Kai”.

Mr Musa made this known on Friday in Maiduguri during a visit to the North-East Development Commission (NEDC). He said the growing number of those surrendering had warranted the intervention of the NEDC in their maintenance.

The theatre commander said those that surrendered comprised combatants, non-combatants, those conscripted against their wish and family members.

He noted that the development was a source of concern for members of the Islamic State of West Africa Province (ISWAP), who had hoped to inherit Boko Haram fighters.

He said ISWAP had set up a task force to stop the trend of surrendering, adding that the way the surrendered are managed would boost others in the bush to come out.

“From the Presidency, Minister of Defence, Chief of Defence Staff, Service Chiefs, everyone is putting hands on deck to see that the menace is ended, and we have peace in the North East.

“We know that if we have peace in the northeast it will transcend to other regions,” Mr Musa said.

He lauded the intervention of the NEDC in areas of humanitarian and infrastructure support in the region and urged it to extend its intervention to the military, particularly, in the rehabilitation of structures and roads to facilitate movement.

Companies cheat Nigeria, others out of $730 million yearly by tax avoidance – IMF