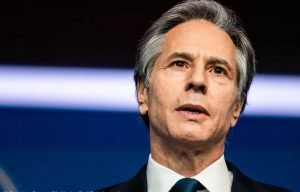 U.S. Secretary of State Antony Blinken is due to meet with his Chinese counterpart,  Wang Yi at the G20 foreign ministers’ meeting in Bali this week, the United U.S. State Department has confirmed.

Sitting down with Wang was one of several bilateral meetings on Blinken’s agenda during the high-level summit taking place on the Indonesian island on Thursday and Friday, the state department said.

The global food and energy crises would be among the topics being discussed in Bali, alongside the threat posed by Russia’s ongoing war in Ukraine.

The department said that Blinken would be reaffirming the U.S. commitment to working with its international partners to address global challenges.

The U.S. government unsuccessfully pressured Beijing to take a stand against Russia after its invasion of Ukraine in February.

Russian Foreign Minister Sergei Lavrov is also due to attend the G20 meeting in Bali, according to the Russian embassy in Jakarta.

A meeting between Lavrov and Blinken was not planned, however, as “the time is not right,’’ the state department said.

The G20 is an intergovernmental forum comprised of the world’s 20 largest economies and included authoritarian countries such as Russia, China and Saudi Arabia.

Indonesia currently held the G20 presidency and was due to host a G20 head of government summit in Bali in November.