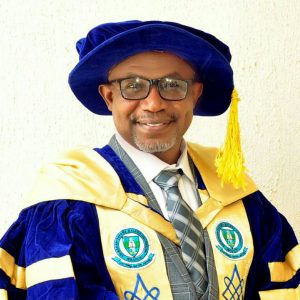 A Professor of Mechanical Engineering at the Abubakar Tafawa Balewa University (ATBU), Bauchi, Adisa Bello, has assumed office as the new Registrar for the Council for the Regulation of Engineering in Nigeria (COREN).

The Head Public Relations, COREN, Mrs Haruna Ojonugwa, made this known in a statement on Wednesday in Abuja.

According to her, Bello was appointed the new registrar at COREN’s 172nd Ordinary Council Meeting, held on the 16th of December, 2021.

He took over from Prof. Joseph Odigure, who served as Registrar of COREN from March 2019- March 2022.

“While on the COREN Council, he served as the Chairman of Education and Training Committee and Chairman of the Technical Committee of the Main Organising Committee in the 25th, 26th and 27th COREN Engineering Assemblies.

“He served as the 11th National Chairman of the Nigerian Institution of Mechanical Engineers and has been serving on its Council since 2009.

“He is currently representing COREN, on the Africa, Asia and the Pacific (AAP) Accord Engineering Council,’’ Ojonugwa said.

He obtained a Bachelor of Engineering degree in Mechanical Engineering from the Abubakar Tafawa Balewa University, Bauchi in 1989.

The new COREN Registrar also obtained a Master of Engineering in Solid Mechanics and Doctor of Philosophy in Mechanical Engineering from the same Institution.

“He is also a fellow of the Automotive and Locomotive Engineers Institute (AutoEI), The Solar Energy Society of Nigeria (SESN), and the Institute of Management Consultants (IMC).

“He is also a member of Nigerian Institute of Management (NIM) (Chartered), The American Society of Mechanical Engineers (ASME) and The Society of Petroleum Engineers (SPE), the statement added.

“He is a recipient of some awards: a notable one is the overall second prize at the first National Competition on Design of process Equipment and Plants organized by the RMRDC, Abuja, Nigeria”, it said.

Bello was said to have started his working career started at the Abubakar Tafawa Balewa University (ATBU), Bauchi, as a Graduate Assistant in 1991 and rose through the ranks to the present rank of Professor of Mechanical Engineering in the same University in 2010.

He teaches subjects in the area of mechanics and energy studies. He has served and is still serving the academic community as an external examiner/assessor in many universities and many professional/academic journals.

He served in ATBU as Director of Centre for Energy Research, Coordinator of Postgraduate Diploma in Mechanical Engineering Technology.

He was Head of Mechanical/Production Engineering Department and Director, Centre for Industrial Studies.

He has been sponsoring two prizes in the Department of Mechanical Engineering since the 2012/2013 session at every convocation ceremony.

He has also been involved in many engineering trainings and community services; including being the lead judge at the Royal Academy of Engineering – Nigerian Institution of Mechanical Engineers FAFME Design and Creativity Competition (2020).

He has worked with the Bauchi State Government on the Yankari Resort and Safari Redevelopment.

“He is currently serving on the Energy Thematic Group of The Research and Development Standing Committee of TETFUND and Technical Board of Hydraulic Equipment Development Institute (HEDI) Kano, under The National Agency for Science and Engineering Infrastructure (NASENI)”.

The statement said Bello is happily married and blessed with children.