It said the Munich club’s leadership has approved the offer made up of a transfer fee of 35 million euros plus up to five million euros in add-ons. 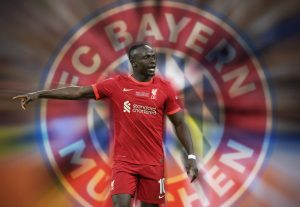 It said the Munich club’s leadership has approved the offer made up of a transfer fee of 35 million euros plus up to five million euros in add-ons.

The report also said the Senegal captain has agreed personal terms of a three-year contract with the German top side.

Bayern Munich reportedly have had two lower offers for Mane rejected by Liverpool.

The Germans want Mane because the future of their winger Serge Gnabry and that of star striker Robert Lewandowski is unclear.

Both are contracted until 2023 and Lewandowski has said he wants to leave in summer with Bayern Munich however saying they would not allow that.

The 20-year-old is their second summer transfer and like defender Noussair Mazraoui arrives from Ajax Amsterdam.

While Mazraouni joins Bayern Munich on a free transfer, the fee for Gravenberch, whose Ajax contract was until 2023, was named at 18.5 million euros by Ajax.

There is also up to 5.5 million euros in add-ons, while Ajax will get 7.5 percent of the sum Bayern Munich would generate should they sell the Dutch international.

Gravenberch will be competing in the Bayern Munich midfield against the likes of Germany players Joshua Kimmich and Leon Goretzka but he appears ready for the challenge.

“When the offer came from FC Bayern, I didn’t have to think about it for long. FC Bayern are one of the biggest clubs around. Players from all over the world want to play for this club,” he said.