Agbonze said that the Federal Government needed to put machinery in place to revive the policy on cassava -bread production to reduce the rising cost of bread in the country. 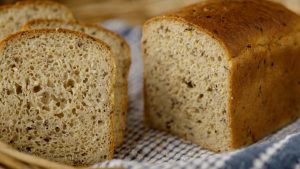 The Association of Masters Bakers and Caterers of Nigeria, Edo chapter, has called for the revival of cassava-bread initiative to reduce dependency on wheat flour.

Mr Benjamin Agbonze, chairman of the association, made the call in an interview with the News Agency of Nigeria (NAN) in Benin on Tuesday.

Agbonze said that the Federal Government needed to put machinery in place to revive the policy on cassava -bread production to reduce the rising cost of bread in the country.

“Our national body is already in talks with the Federal Government on the revival of the initiative which was initiated by former President Olusegun Obasanjo’s administration.

“We support the initiative and we started the process before it was abandoned some years ago. It was a synergy between the cassava growers, millers and bakers.

“A baker can’t buy cassava and process it to flour for bread production, raw cassava is toxic, so it has to be refined by the processors.’’

The chairman said that the initiative would boost cassava production in the country as well as improve synergy among players in the cassava value chain.

“The reality is that the current cassava production in the country cannot meet the demand for local consumption for Garri, starch and fufu.

“Cassava growers need to be empowered to cultivate more cassava and also synegise with the flour millers to add cassava flour to wheat for bread production.

“There is the need for more allocation of lands for cassava production, equipment and use of right technology,’’ he said.

NAN reports that Obasanjo’s administration in 2,002 initiated a policy on 10 per cent cassava inclusion in the production of bread under the “Presidential Initiative on Cassava,” programme.