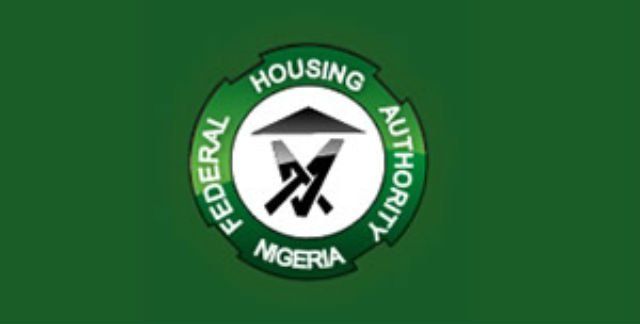 The Federal Housing Authority (FHA) on Thursday warned the public against patronising land grabbers (popularly called Omo-Oniles) selling encroached parcels in Gowon Estate, Lagos State.
The News Agency of Nigeria (NAN) reports that Alhaji Daud Oybanji, Community Development Association (CDA) Chairman, North, Gowon Estate, in an interview, had raised alarm over activities of land grabbers.
Oybanji told NAN the land grabbers were selling open spaces by Olorun Adaba Bus Stop inside the estate, on the portion where automobile mechanics were working.
He called for urgent help from FHA to prevent the land grabbers from “breaking the fence as it was done in Ejigbadero side of the estate”.
Oyebanji also complained of mechanics within the estate who had refused to use designated land for them but were encroaching on walkways and road
He said they were, thereby, damaging the infrastructure with their operations.
Responding, FHA in a statement by its spokesman, Mr Kenneth Chigelu, said the issue was not reported to the authourity.
He, however, warned the public against falling victims to fruadsters illegally selling government land.
Chigelu said all land in the estate belonged to the Federal Government, so the public should not patronise land grabbers but visit the FHA office for all transactions.
“If they (land grabbers) don’t see buyers, they will stop selling. Before land is legally acquired, a process of search must be undertaken to ascertain the genuity.
“For government land, valid allocation letters are given. For family land, they are usually charted, to ensure they do not fall under government acquisition.
“Anybody illegally buying government land is only wasting resources and time, because government must eventually recover it.
“Even when developed, such illegal development risks demolition,” he said.
The spokesman said that FHA had already begun sanitising its estates and would soon extend its ongoing Lagos operations to Gowon Estate.
He said the authority had also started erecting sign posts in all its estates and lands starting from the South West.
Chigelu said that the exercise would be carried out throughout the nation.
‘Unfortunately, some of these land grabbers,  in their desperate attempt to defraud have started tampering with them (signposts).
“FHA is using this medium to warn them to desist from such, because anybody caught would face the full wrath of the Federal Government,” he said.
Chigelu also appealed to residents of Gowon Estate and other estates across the nation to pay ground rents for the authourity to be able to properly manage their infrastructure.
On the ongoing regeneration of FESTAC Town, Chigelu said FHA was working round the clock with stakeholders’ in a bid to resolve several issues.
“We are working with stakeholders, such as the FESTAC Town Residents Association.
“We started with the relocation of the mechanics and artisans, by relocating them to the site provided for them on the 6th Avenue.
“We are also trying to resolve the issues of illegal development around the 9th Avenue. Like I said, the work is huge and we are equal to the task.
“We will keeping working until we get the result we want, which will be to the benefit of residents.
“As soon as we are done, we will be facing the other estates,” the spokesman.said.
He said that the FHA was stepping up its Development Control efforts in the estates, to forestall further deterioration and illegal development.
“Our presence will be noticeable soon,” he said.
Sign in
Welcome! Log into your account
Forgot your password? Get help
Password recovery
Recover your password
A password will be e-mailed to you.