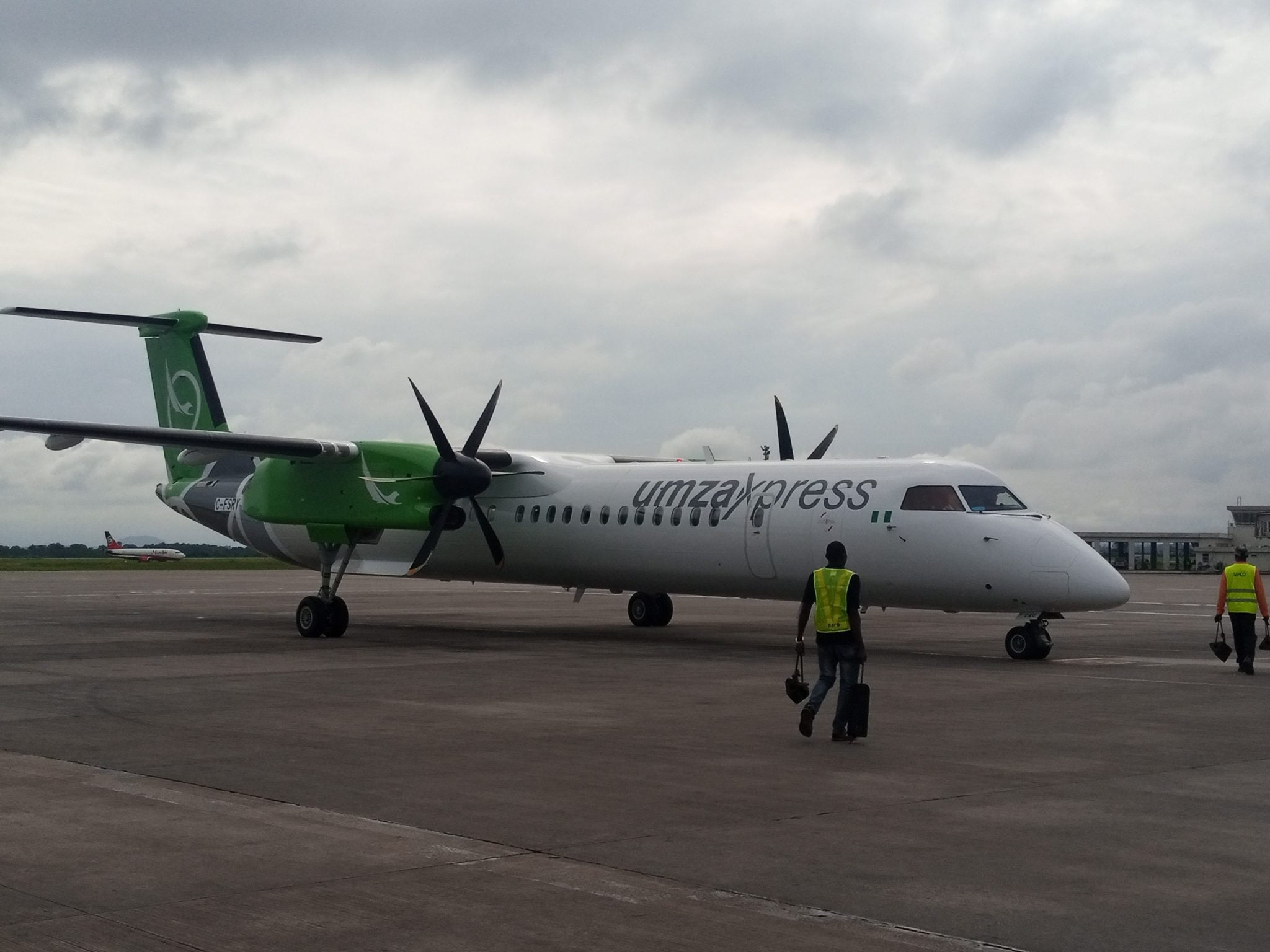 The Nigerian registered aircraft owned by UMZA Air would be operated by Aero Contractors under a joint venture agreement between both parties.

The Dash 8 aircraft is one of the most fuel efficient and modern aircraft in the market and has a capacity of 74 seats.

The Managing Director of the Aero Contractors, Capt. Abdullahi Mahmood, said in a statement that the second aircraft arrived on Monday from Canada.

According to him, the step is one of the recovery strategies to improve operations as the airline has suspended its scheduled operations in order to carry out maintenance on all its aircrafts.

“ It is a strategic business alliance that we have with the owner of the aircraft whereby they brought the aircraft and it is like a sharing formula.

“We have finished signing the agreement with them. There are five aircraft coming in and this is the first. The pilots will be going back tonight with Lufthansa to bring the second one, “ he said.

The Aero boss explained further that the cost of paying the pilot, cabin crew and fuel would go to the owner of the aircraft.

“While the airline would look at the cost and from the revenue, aero will still take something out of it despite the fact that he is paying for the pilot, cabin crew, maintenance of the aircraft.

“Also, the MRO of aero has capability of maintaining 737 classic and the engine of Q400, so it is a good deal for him. Apart from the pilot flight, he does not need to fly out to do the maintenance. So, our engineers will fix the aircraft.

“Starting business alliance is what we are into. If you start an airline business, you may not have the financial stand, so you will look for people who are interested in aviation and willing to invest, “ he said.

According to him, with five aircraft coming, Aero Contractors would have a minimum of nine aircrafts.

In his remarks, Mr Mahammed Abubakar, the Chief Executive Officer of UZMA Aviation Service Limited,  owner of the craft, said that the Q400 type was purchased because of prevailing time and issue of fuel among others.

Abukakar said he was investing into aviation sector to contribute to rescuing the sector in the country.

“ We are diversifying to aviation despite the troubling situation because some people have to take the risk. So, we are taking the risk.

“This is not about benefits but what we can bring to the country. The issue of flight is no more a secret, the difficulties are there, and everybody knows what is going on.

“ Some people have to come to the sector to rescue the sector and to at least bring something to the people, “ he said.