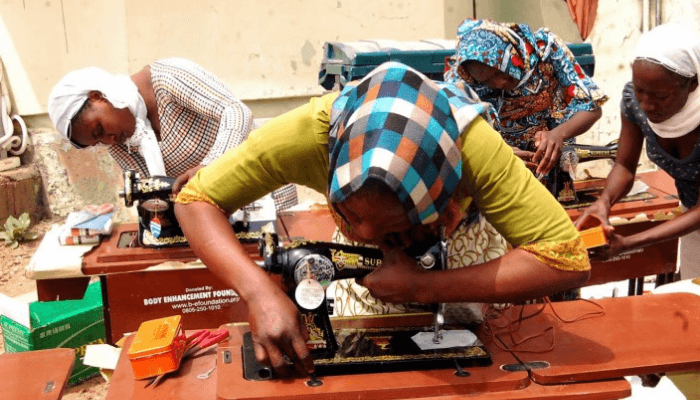 Some undergraduates have resorted to learning different kinds of skills following the continuous Academic Staff Union of Universities (ASUU) strike.
The News Agency of Nigeria (NAN) on Monday in Abuja reports that ASUU had continued to extend the strike over what its alleged Federal Government’s failure to implement the Memorandum of Action it signed.
A cross section of the students told NAN that they were tired of staying at home, so they used the opportunity to learn some trades.
Mr Shola  Ayeni, a medical student at Lagos state University said he decided to learn how to repair electronic gadgets like laptops, headphones and other gadgets including cell phones.
Ayeni said his parents had been very supportive of him, since it seemed as if the ASUU strike had no end.
He said, ”from every indication, the strike might likely last longer as both parties appeared not to be interested in making compromises.”
Miss Veronica Ossai, a political science student at the University of Abuja said she decided to go into learning how to make footwears to build her future.
READ ALSO:https://brandpowerng.com/un-seeks-investment-in-infrastructure-market-growth-in-africa/
She urged the Federal Government and the union to think about the students and their future and resolve the impasse.
Ossai called on both parties ”to find a common ground for agreement for the good of the education sector and the country at large.”
Mrs Nike Oguntoye, a social science student with the University of Port Harcourt said she decided to learn how to bake to keep herself busy as the strike continued.
She said, ”although i used to have interest in baking, i used the strike as an opportunity to utilise and learn the skill.”

Oguntoye advised that since the strike seem had lingered, students  should not to just sit at home doing nothing.

”They should engage themselves in activities that would benefit them,” she said.