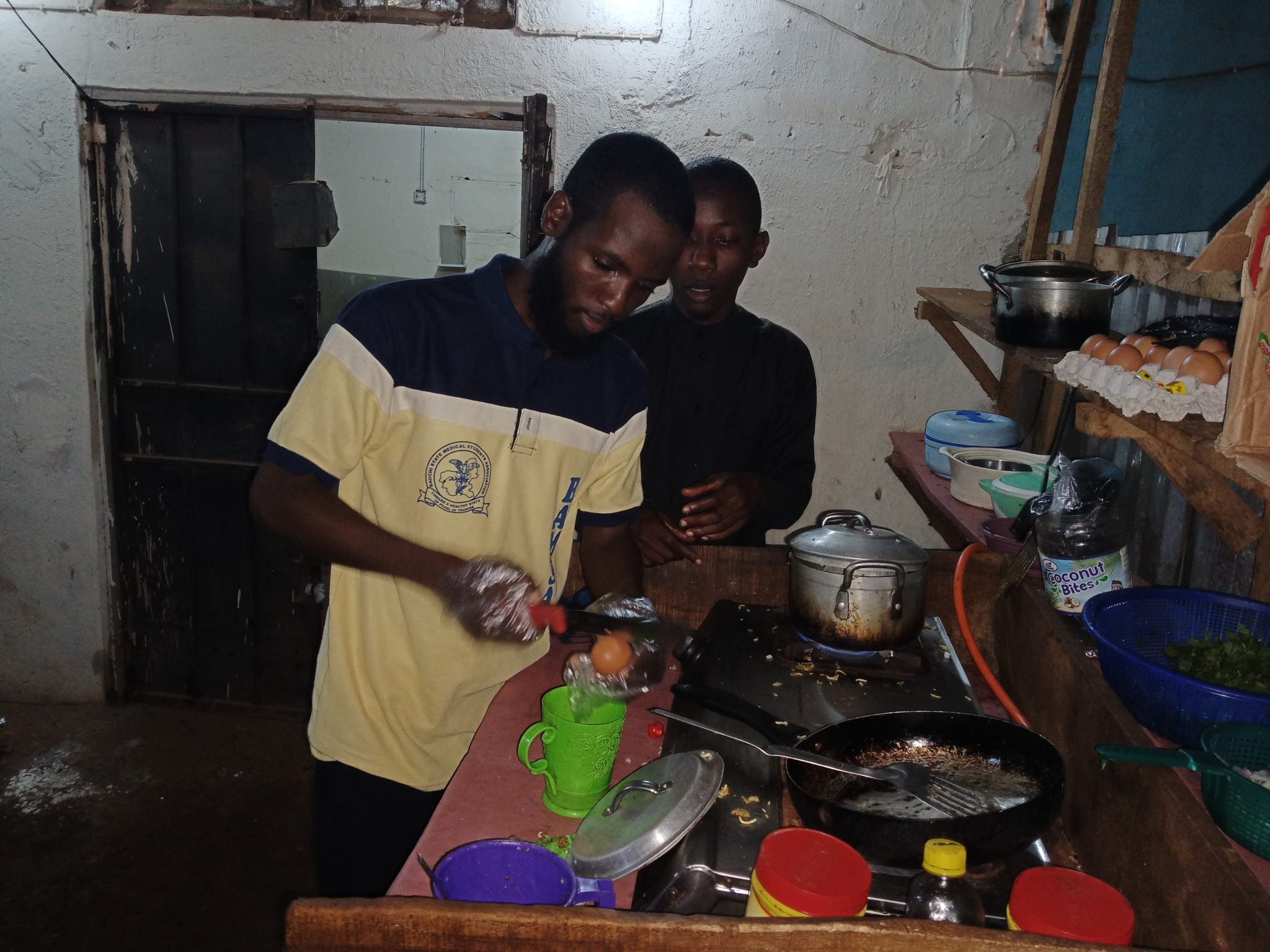 Mr Usman Abubakar-Rimi, a Medicine and Surgery final year student in the Usmanu Danfodiyo University Sokoto (UDUS), has turned to street food vendor due prolonged industrial action by University lecturers.
In an interview with the News Agency of Nigeria (NAN) on Friday in Sokoto, Abubakar-Rimi said he conceived the initiative in order to engage in productive living as the strike forced students to become redundant.
Abubakar-Rimi, who owned a food outlet and Indomie joint in the Diplomat area in Sokoto metropolis explained that the ongoing extended strike embarked by Academic Staff Union of Universities (ASUU) gave him the full opportunity.
He explained that he ventured into full-scale food selling in the last two months and described the business as lucrative.
” I hired a shop, employing eight people manning tea and indomie joints, selling bottled and canned drinks, masa, rice and beans, peppe soup and meat along with the Point of Sells (POS) business.
” A plate of food sells from N200 and above depending on the needs of the customer, ”  Abubakar-Rimi said.
He explained that he owned another shop on Fodio road also in the Sokoto metropolis where he sells men and women’s clothing, caps, student bags, and shoes.
” I am always happy to see that I become an employer of labour as at present I engaged 10 persons in the two shops.
” I relied on the shops for handsome incomes, because I don’t ask my parents for any money in spite of the fact that schools were closed, ” he added.
Abubakar-Rimi said he did not access any loan or youths empowerment scheme to embark on the businesses.
” However, I utilized the opportunity of COVID-19 lockdown, during the pandemic and started an egg and chicken distribution business where I had made contacts with restaurants for the supply.
” I also obtained the eggs and chickens from large scale farms from small amounts to higher quantity suppliers, from the proceeds I started the two businesses, ” Abubakar-Rimi added.
Abubakar-Rimi added the businesses had a lot of prospects and encouraged youths to think on the ways to utilise their time and venture into viable initiatives.
He further explained that when the school resume the businesses would be sustained and combined with the academic activities.
” I designed a sustainability plan where registers were opened for maximum record keeping, supply chain and other management procedures, ” Abubakar-Rimi said.
According to him, the advantages of online platforms ensured that they run and manage the businesses properly using cell phones which facilitate contacts.
READ ALSO:https://brandpowerng.com/faan-achieves-90-completion-on-runway-18l-36r-repair/
” With the lucrative opportunities provided by the businesses, I envisage to continue with the ventures even after my graduation.
” When I become a Medical Doctor, I envisage to engage in work that will not be too time consuming because at present, I have begun to lose hope on a salary earning job.
” I want to establish a pharmacy, work in a private hospital as well as engage in private initiated-businesses relevant to my profession, ” Abubakar-Rimi explained.
He advised students to utilise their free times to engage in businesses, stressing that the present online services provided a lot of opportunities to leverage on.
The student called on President Muhammadu Buhari to find a lasting solution to impending strikes in the interest of youths and the country’s progress.
He further appealed to the lecturers to consider the  students’ plights and resolve the issue with some offers by the Federal Government as the effects of strikes bite harded on all categories of Nigerians.
Sign in
Welcome! Log into your account
Forgot your password? Get help
Password recovery
Recover your password
A password will be e-mailed to you.