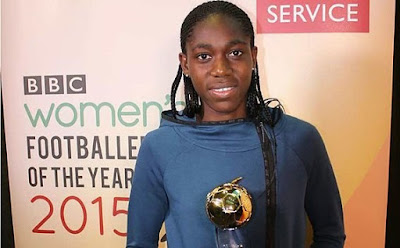 The reigning Africa women player of the year had earlier denied links to the club but yesterday it emerged that she has put pen to paper to follow in the footsteps of the Nigeria players like John Obi Mikel, Chinedu Obasi, Odion Ighalo and John Owoeri who all signed for various Chinese clubs in January.

I Won’t Return Until my Doctors Say Otherwise – President Buhari

COLLABORATION AMONG MARITIME STAKEHOLDERS CRUCIAL TO STEMMING ABOUT $793.7M LOSSES…