The APC chief added that Governor Okezie Ikpeazu’s administration in Abia had made the state a laughing stock in the country. 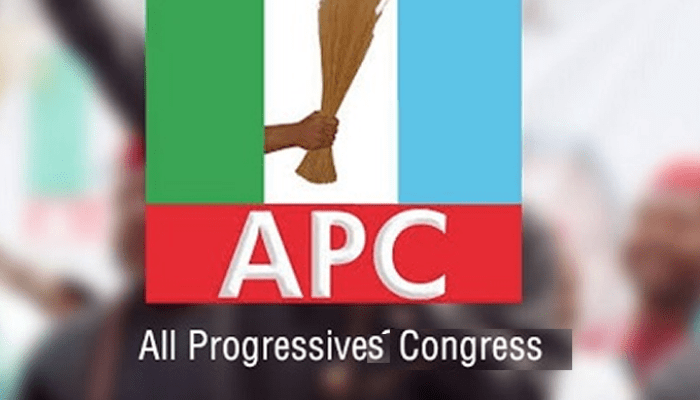 Abia’s All Progressives Congress (APC) has slammed Governor Okezie Ikpeazu’s administration over what it described as “total dilapidation” of infrastructure in the state, vowing to take over power in 2023.

The chairman of the APC Caretaker Committee, Donatus Nwankpa, disclosed this at a news briefing in Umuahia on Thursday.

The APC chief added that Governor Okezie Ikpeazu’s administration in Abia had made the state a laughing stock in the country.

“We are all ashamed of the total dilapidation of infrastructure in the state. No sector is spared,” he claimed.

The APC boasted of having the human and material resources to wrest power from the Peoples Democratic Party (PDP) in the next governorship election.

Mr Nwankpa, who spoke through the secretary-elect of the party, Perfect Okorie, said APC was poised to take over Abia to provide good governance and infrastructure development, currently lacking in the state.

“In 2023, it will dawn on all Abia people that APC has come to take over the state. We have men of high calibre and proven integrity at the top-level of Nigeria’s politics, who are prepared to redeem Abia from PDP’s maladministration and move the state forward,” explained Mr Nwankpa. “We have men, who are ready

to wipe away the tears of the downtrodden, workers and pensioners, who are owed many months of their legitimate entitlements.”

The APC chief added that the present administration in Abia had made the state a laughing stock among other states.

“We are all ashamed of the total dilapidation of infrastructure in the state. No sector is spared,” he claimed.

He gave assurance that President Muhammadu Buhari would ensure that votes counted in 2023, adding that “it will not be business as usual in Abia.”

According to him, Mr Buhari has shown with the Anambra governorship poll that he is determined to enthrone a credible electoral process in the country.

Mr Nwankpa dismissed the fear that the country’s prevailing economic difficulties and security challenges would sway votes against APC in 2023.

“The economic downturn is a global phenomenon, which was hugely exacerbated by economic meltdown and COVID-19 pandemic. This is not limited to Nigeria. It is a global dilemma,” the APC chieftain reasoned.

Women need to support each other for greater women…