The company said that the ‘Force Majeure’ on its gas export feed to the NLNG in Bonny l following the vandalisation of the pipeline has been lifted. 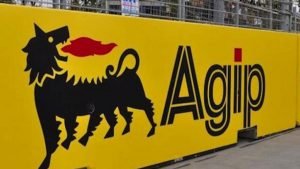 Eni, the Italian parent company to Nigerian Agip Oil Company (NAOC), says it has fixed the breached 24-inch gas line at Okaka in Yenagoa which crippled its gas export.

The News Agency of Nigeria (NAN) reports that the incident on the gas pipeline, operated by its Nigerian unit, NAOC, cut gas export feed to the Nigeria Liquified Natural Gas (NLNG) by 5 million Standard Cubic Meters per day (MMSCM/d).

The company said that the ‘Force Majeure’ on its gas export feed to the NLNG in Bonny l following the vandalisation of the pipeline has been lifted.

Force Majeure is a legal clause inserted in contracts to protect suppliers from liabilities due to circumstances beyond their control.

Eni, in a statement made available to NAN on Friday by email, indicated that normalcy has returned to its gas export operations, following the restoration of the Ogboinbiri to Obiafu/Obrikom Gas pipeline at Okaka in Yenagoa Local Government Area of Bayelsa State, which suffered a hacksaw cut caused by a third-party interference on April 5.

“Force majeure was lifted at Bonny NLNG on April 13. It was declared on April 6,” the Eni statement read in part.

NAN had reported that the facility had suffered a second attack within a few days on April 5 and went up in flames.